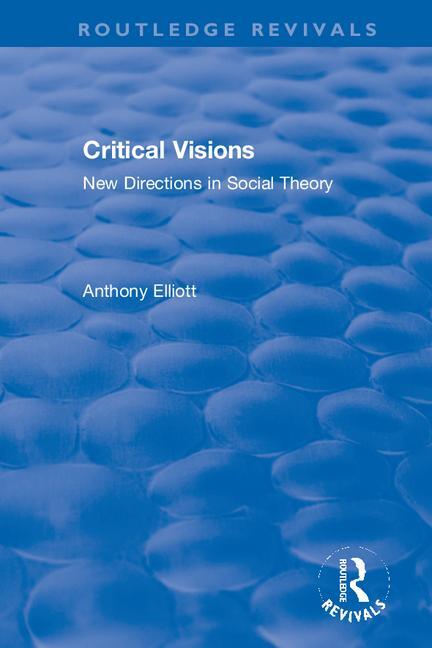 Originally published in 2003, Critical Visions develops a wide-ranging analysis of key issues and debates in contemporary social theory. Drawing social theory, cultural studies, and psychoanalysis together in a bold configuration, the book challenges the widespread view that social theory seems to have lost its way as a result of the diversification of conceptual approaches. The book includes critical readings of the terrain of contemporary social theory and theorists. Questions relating to the globalization of risk, citizenship, morality and ethics, politics and norms, and sexuality and desire are all explored.

Introduction: Interdisciplinary Studies and the Fortunes of Sociology

2. Social Theory and Politics in the Writings of Anthony Giddens

3. Jacques Lacan as a Social Theorist

5. Habermas, Kristeva, and Global Transformations in the Public Sphere

6. Sexualities: Social Theory and the Crisis of Identity

7. The Reinvention of Citizenship

The volumes in this set, originally published between 1992 and 2004, draw together the early works of Anthony Elliott, in the field of social theory. The collection covers some of his major works in the field of sociology, with a focus on psychoanalysis, social theory, modern culture, and cultural theory. This set is a celebration of the prolific collection of early works written or co-authored by Anthony Elliott.