Crusade and Conversion on the Baltic Frontier 1150–1500 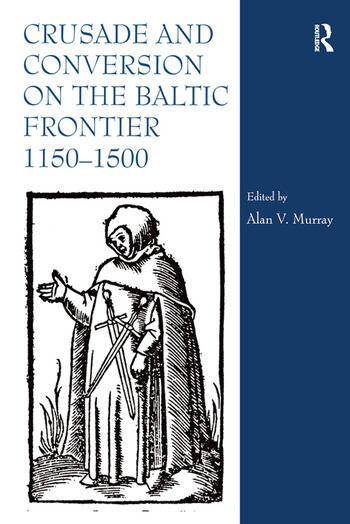 Crusade and Conversion on the Baltic Frontier 1150–1500

This volume represents a major contribution to the history of the Northern Crusades and the Christianization of the Baltic lands in the Middle Ages, from the beginnings of the Catholic mission to the time of the Reformation. The subjects treated range from discussions of the ideology and practice of crusade and conversion, through studies of the motivation of the crusading countries (Denmark, Sweden and Germany) and the effects of the crusades on the countries of the eastern Baltic coast (Finland, Estonia, Livonia, Prussia and Lithuania), to analyses of the literature and historiography of the crusade. It brings together essays from both established and younger scholars from the western tradition with those from the modern Baltic countries and Russia, and presents in English some of the fruits of the first decade of historical scholarship and dialogue after the collapse of the Iron Curtain. The depth of treatment, diversity of approaches, and accompanying bibliography of publications make this collection a major resource for the teaching of the Baltic Crusades.

Contents: Preface; Introduction, Kurt Villads Jensen; Theory and Practice of the Baltic Crusade: The incorporation of the northern Baltic lands into the Western Christian world, Tiina Kala; The crusade of the Teutonic Knights against Lithuania reconsidered, Axel Ehlers; The frontier thesis and the Baltic crusade, William Urban; The Crusading Countries of Northern Europe: Urban life and the Crusades in northern Germany and the Baltic lands in the early 13th century, Carsten Selch Jensen; The missionary man: Archbishop Anders Sunesen and the Baltic crusade, 1206-21, Torben K. Nielsen; Crusades and crusading ideology in the political history of Sweden, 1140-1500, Thomas Lindkvist; The Target Countries: Consequences of the Baltic crusades in target areas: the case of Karelia, John H. Lind; Confessional conflict and political co-operation: Livonia and Russia in the 13th century, Anti Selart; The crusades against Votians and Izhorians in the 13th century, Evgeniya L. Nazarova; When crusader and pagan agree: conversion as a point of honour in the baptism of King Mindaugas of Lithuania (c.1240-63), Rasa Mazeika; The Teutonic Order as a secular ruler in Livonia: the privileges and oath of Reval, Juhan Kreem; The Literature and Historiography of the Baltic Crusade: The structure, genre and intended audience of the Livonian Rhymed Chronicle, Alan V. Murray; Mental frontiers: Prussians as seen by Peter of Dusburg, Vera I. Matuzova; Biblical heroes and the uses of literature: the Teutonic Order in the late 13th and early 14th centuries, Mary Fischer; Bibliography; Index.

'Alan Murray has done a fine job in bringing together in this collection of essays some of the most important research which is currently being conducted into crusading and conversion in the countries which bordered on the Baltic Sea.... Historians of the crusades and the Baltic lands will find this book very useful...' History, Vol 87 'A strength of the volume is its truly international quality, with contributors from Denmark, Estonia, Russia, Sweden and Germany as well as Britian and North America. A useful eight-page bibliography of relevant literature in English adds to the value of this welcome addition to the literature on the medieval Baltic region.' SEER '... a worthy volume that whets the appetite for more such dialogue between European scholars of east and west.' Journal of Ecclesiastical History 'The editor is to be thanked for a superb job... [an] engaging and important book.' Revue d'Histoire Ecclésiastique '... the contributions... reflect the vibrancy the study of the Baltic crusade has been gaining in the wake of the independence of the Baltic states...' Crusades, Vol 3 'Every historian of early Europe should read this book...' The Catholic Historical Review