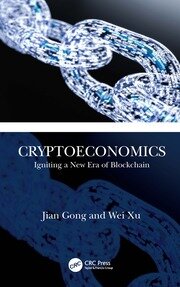 "A systematic review of the structure and context of the blockchain-derived economic model... (the book) describes cryptoeconomics in connection with the game theory, behavioral economics and others in simple understandable language."—Wang Feng, founder of Linekong Interactive Group and Mars Finance, partner in Geekbang Venture Capital

Blockchain technology has subverted existing perceptions and is the start of an economic revolution, called, cryptoeconomics. Blockchain is a key component of cryptoeconomics. Vlad Zamfir, a developer of Ethereum, defines this term as "a formal discipline that studies protocols that governs the production, distribution, and consumption of goods and services in a decentralized digital economy. Cryptoeconomics is a practical science that focuses on the design and characterization of these protocols".

This book explains the structures of blockchain-derived economic models, their history, and their application. It uses real-world cases to illustrate the relationship between cryptoeconomics and blockchain.

Blockchain technology solves trust issues. A blockchain application can restrict behavior on the blockchain through a reward and punishment system that enables consensus in an innovative way. The greatest significance of cryptoeconomics lies in guaranteeing safety, stability, activity, and order in a decentralized consensus system. Security and stability are achieved mainly by cryptographical mechanisms. Activity and order are achieved through economic mechanisms.

Cryptoeconomics and Blockchain: Ignighting a New Era of Blockchain

discusses the most popular consensus algorithms and optimization mechanisms. With examples explained in clear and simple terms that are easy to understand, the book also explores economic mechanisms of blockchain such as game theory and behavioral economics.

Baron Gong holds a master of science in management science and economics from Columbia University. An expert in blockchain technology and cryptoeconomics he is a columnist for the Harvard Business Review China and the Wall Street News China. Wei Xu is the co-founder of EOSCUBE as well as the founder of Comet Broadcasting. A well-known blogger in China, he has experience in blockchain project investment and management.