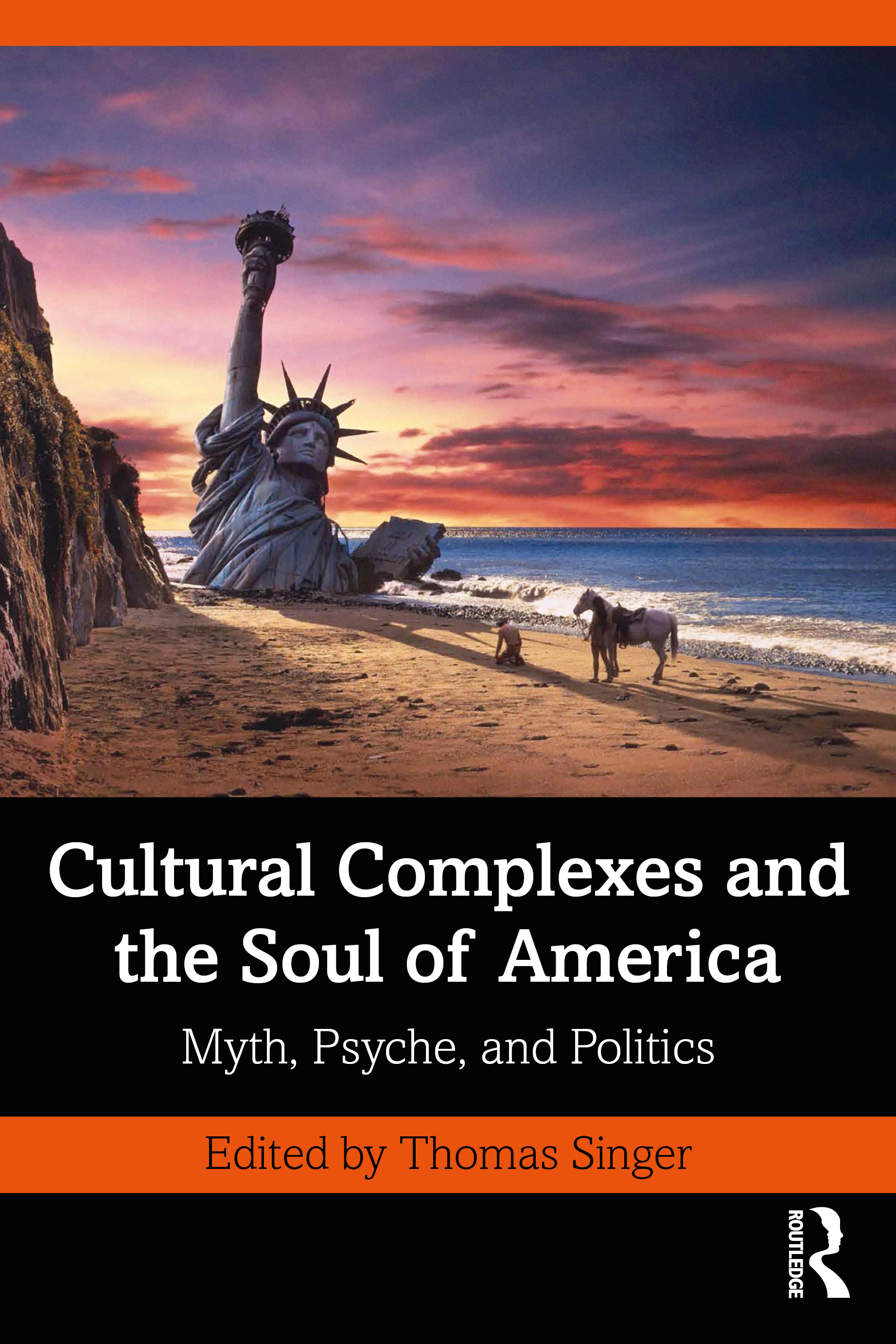 Cultural Complexes and the Soul of America

Cultural Complexes and the Soul of America explores many of the cultural complexes that comprise the collective psychic-filtering system of emotions, ideas, and beliefs that possess the United States today. With chapters by an international selection of leading authors, the book covers ideas both broad and specific, and presents unique insight into the current state of the nation.

The voices included in this volume amplify contemporary concerns, linking them to themes which have existed in the American psyche for decades while also looking to the future. Part One examines meta themes, including history, purity, dominion, and democracy in the age of Trump. Part Two looks at key complexes including race, gender, the environment, immigration, national character, and medicine. The overall message is that it is in wrestling with these complexes that the soul of America is forged or undone.

This highly relevant book will be essential reading for academics and students of Jungian and post-Jungian ideas, politics, sociology and American studies. It will also be of great interest to Jungian analysts in practice and in training, and anyone interested in the current state of the US.

‘Cultural Complexes and the Soul of America takes Jung’s concept of personal complexes and applies it to our national life. The result is a volume full of insight and passion. For anyone interested in the deep forces that shape our politics, this book is a "must read." Thomas Singer has spent 15 years developing the idea of cultural complexes, and now he and his collaborators have produced a work that will be read for a very long time.’ - Senator Bill Bradley

‘Nothing could be more timely or more timeless than this stunning collection by renowned international Jungian scholars and psychologists. Cultural Complexes and the Soul of America is a necessary book for today in making conscious what is paralyzing America, the cultural complexes that polarize. Yet the book also superbly articulates the deep psyche at work in any history or culture. This book is about discovering who we are collectively—the end of the illusion of individualism. Cultural Complexes and the Soul of America is informed and compassionate, inspired and carefully researched. It offers the reader Ariadne’s thread from the labyrinth of the United States as superpower to the possible future of planetary reciprocity—a cultural complex worth striving for.’ - Susan Rowland, author of Jung: A Feminist Revision (2002), The Ecocritical Psyche (2012), and Remembering Dionysus (2017), and professor at Pacifica Graduate Institute

‘With deep reflection, in sadness and in passion, here we have a polyvocal and acute political analysis as a range of brilliant writers addresses today’s endless American crises. This timely latest element in the canon of "cultural complexes" deserves to be widely read and appreciated outside the Jungian world as much as inside it. Never before have I seen "the spirit of the times" and "the spirit of the depths" woven together so convincingly. The book is a tremendous example of pluralistic writing. I read it as a kind of conversation, yet one that does not have to have a settled endpoint of agreement. Singer’s lifework on what he has called an "inner sociology" enables him to perform as a sublime host or chorus master.’ - Andrew Samuels, former Professor of Analytical Psychology, University of Essex, and author of The Political Psyche

‘America’s Puritan roots have endowed its political traditions with fiercer ethics than we see in Europe. We have only to consider the excessive projections of "evil" during the blind aggressiveness of McCarthyism and in the cruelty of the current Trumpian era, all of it contributing to what Richard Hofstadter documented in The Paranoid Style in American Politics. The demonization of one’s political opponents has certainly occurred in many places, but more often as a result of tyrannies, not in the context of a supposedly mature democratic system. In this century, Thomas Singer has already contributed greatly to the psychological fertilization of politics, but this present book by Singer and his contributors is the most timely of them all.’ - Luigi Zoja, author of Paranoia: The Madness that Makes History (2011) and The Father: Historical, Psychological and Cultural Considerations (2001)

Thomas Singer, MD, is a psychiatrist and Jungian psychoanalyst, practicing in San Francisco. He is the editor of a series of books exploring cultural complexes in Latin America, Europe, Asia, Australia, and North America. His interests include studying the relationship between myth, politics, and psyche in The Vision Thing and the Ancient Greece, Modern Psyche Series. He is current president of National ARAS, an archive of symbolic imagery.