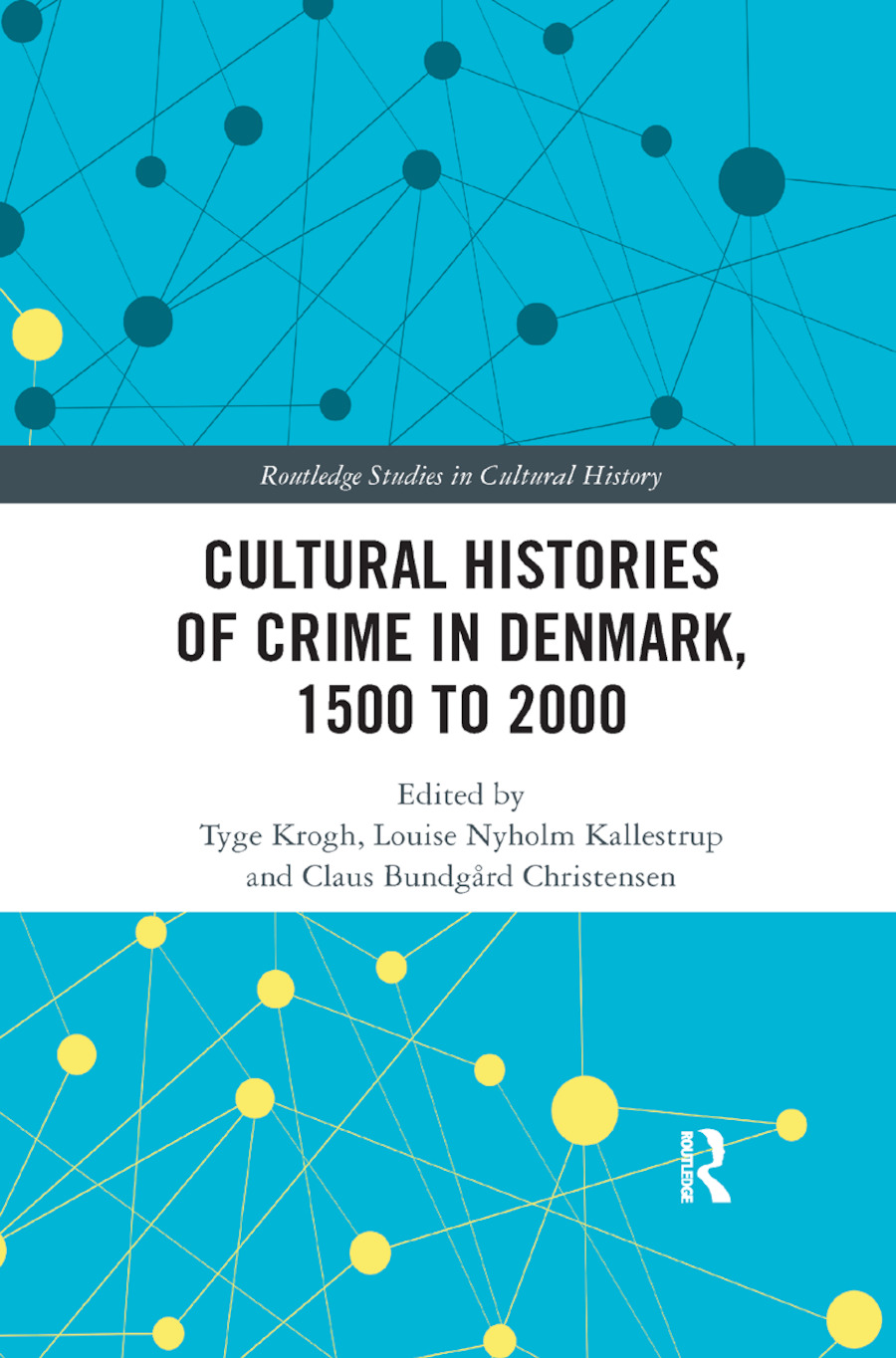 Taking the kingdom of Denmark as its frame of reference, this volume presents a range of close analyses that shed light on the construction and deconstruction of crime and criminals, on criminal cultures and on crime control from 1500 to 2000.

Historically, there have been major changes in the legal definition of those acts that are legally defined as being criminal offences – and of those that are not. This volume explores the criteria and perceptions underlying definitions of crime in a powerful and absolutist Lutheran state and subsequently in a Denmark characterised by social welfare and sexual liberation. It places special focus on moral issues rooted in considerations of religion and sexuality.

1. Introduction – Including a Short History of Denmark Tyge Krogh Part One: The Construction of Crime and Criminals 2. "When Hell Became Too Small": Constructing Witchcraft in Post-Reformation Denmark Louise Nyholm Kallestrup 3. The Rise and Fall of Religious Crimes and Punishments Tyge Krogh 4. Regulating Eighteenth-Century Households: Offences Against the Fourth and the Six Commandments as Criminal Behaviour Nina Javette Koefoed 5. Child Sexual Abuse Within the Family: The Construction of the Victim and Offender, 1933 to 1967 Mette Seidelin 6. Traces of a Panic: The Making and Unmaking of a Paedophile Minority in Denmark in the Twentieth Century Peter Edelberg Part Two: Criminal Cultures 7. Maritime Cultures of Crime, 1600 to 1800 Johan Heinsen 8. Larcenous Soldiers: Crime and Criminal Cultures in Copenhagen in the First Half of the Eighteenth Century Tyge Krogh 9. Marital Violence in a Danish Rural Society, 1750 to 1850 Asbjørn Romvig Thomsen 10. Morality and Crime in Denmark During the Second World War Sofie Lene Bak 11. From Organised Crime to White-Collar Crime: The Black Market in Denmark During the Second World War Claus Bundgård Christensen Part Three: Controlling Crime 12. Life and Law in Northern Jutland in the Seventeenth Century Jakob Ørnbjerg 13. Using the Police to Fight Crime in Copenhagen, 1682 to 1793 Jørgen Mührmann-Lund 14. The First Danish Secret Police, 1800 to 1848 Karl Peder Pedersen 15. Curing Criminal Thoughts: From Religious Conversion to Cognitive Therapy in Prison Peter Scharff Smith

Tyge Krogh is Senior Researcher at The Danish National Archives.

Louise Nyholm Kallestrup is Associate Professor at the Department of History at University of Southern Denmark.