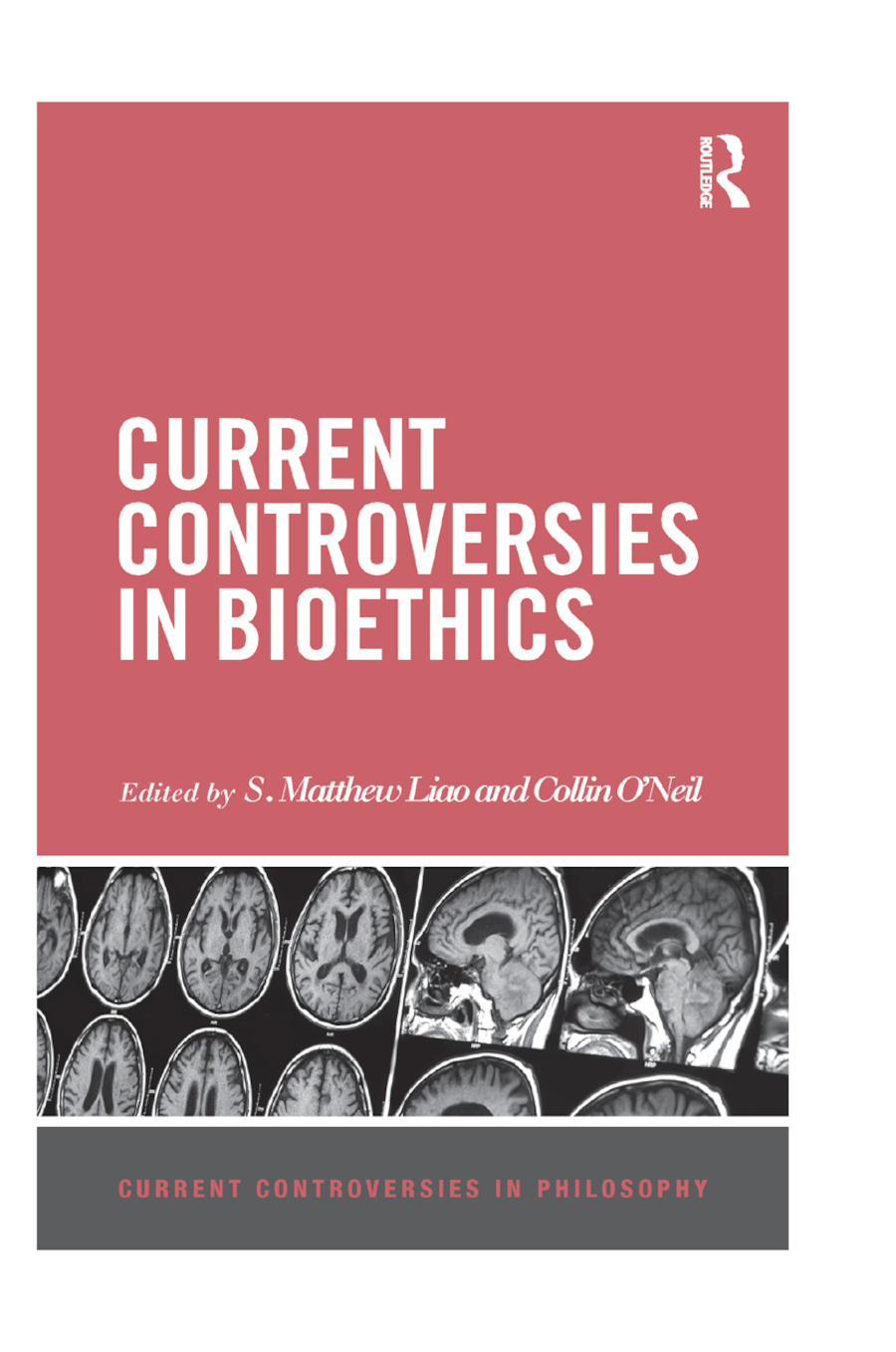 Bioethics is the study of ethical issues arising out of advances in the life sciences and medicine. Historically, bioethics has been associated with issues in research ethics and clinical ethics as a result of research scandals such as the Tuskegee Syphilis Study and public debates about the definition of death, medical paternalism, health care rationing, and abortion. As biomedical technologies have advanced, challenging new questions have arisen for bioethics and new sub-disciplines such as neuroethics and public health ethics have entered the scene. This volume features ten original essays on five cutting-edge controversies in bioethics written by leading philosophers.

I. Research Ethics: How Should We Justify Ancillary Care Duties?

III. Reproductive Ethics: Is There A Solution to the Non-Identity Problem?

IV. Neuroethics: What is Addiction and Does It Excuse?

S. Matthew Liao and Collin O’Neil’s concise introduction to the essays in the volume, the annotated bibliographies and study questions for each controversy, and the supplemental guide to additional current controversies in bioethics give the reader a broad grasp of the different kinds of challenges in bioethics.

Research Ethics: How Should We Justify Ancillary Care Duties?

Reproductive Ethics: Is There a Solution to the Non-Identity Problem?

Neuroethics: What Is Addiction and Does It Excuse?

S. Matthew Liao is Arthur Zitrin Professor of Bioethics, Director of the Center for Bioethics, and Affiliated Professor of Philosophy, New York University. He is the author or editor of The Right to Be Loved (2015) and Moral Brains: The Neuroscience of Morality (2016), and co-edited Philosophical Foundations of Human Rights (2015). He has been featured in the New York Times and other media outlets and is the Editor in Chief for the Journal of Moral Philosophy.

is Assistant Professor of Philosophy at Lehman College, City University of New York. His recent publications have appeared in Philosophy & Public Affairs, American Journal of Bioethics, and Journal of Law, Medicine, and Ethics.