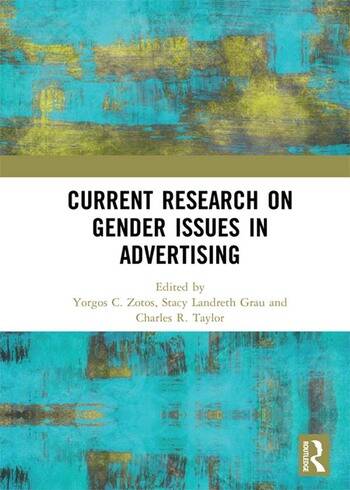 Gender stereotypes are general beliefs about sex-linked traits and roles, psychological characteristics, and behaviors, all of which contribute towards describing women and men. Gender role stereotyping in advertising has been a critical topic since the 1970s, and there is a long-lasting debate between advertisers and sociologists about the role and the social nature of advertising. Although changing role structures in the family and the labor force have brought significant variation in both male and female roles, it has been noted that there is a cultural lag in advertising, where men and women were, for a long period of time, depicted in more traditional roles.

This book extends the research on gender stereotypes in advertising over the past 20 years, highlighting key themes such as attitude towards sex and nudity in advertising; women in decorative roles; the changing roles of women and men in advertising; and the viewpoints of those advertising professionals who design campaigns. This book was originally published as a special issue of the International Journal of Advertising.

4. Influence of gender stereotypes on advertising offensiveness and attitude toward advertising in general Bruce A. Huhmann and Yam B. Limbu

5. Stereotypical or just typical: how do US practitioners view the role and function of gender stereotypes in advertisements? Kasey Windels

6. A longitudinal analysis of the changing roles of gender in advertising: a content analysis of Super Bowl commercials Leonidas Hatzithomas, Christina Boutsouki and Paschalina Ziamou

Yorgos C. Zotos is Professor Emeritus of Applied Communication in the Faculty of Communication and Media Studies at Cyprus University of Technology, Cyprus.

is Professor of Marketing Practice in the Neeley School of Business at Texas Christian University, USA.

is the John A. Murphy Professor of Marketing at Villanova University, USA. He is also the Editor-in-Chief of the International Journal of Advertising.