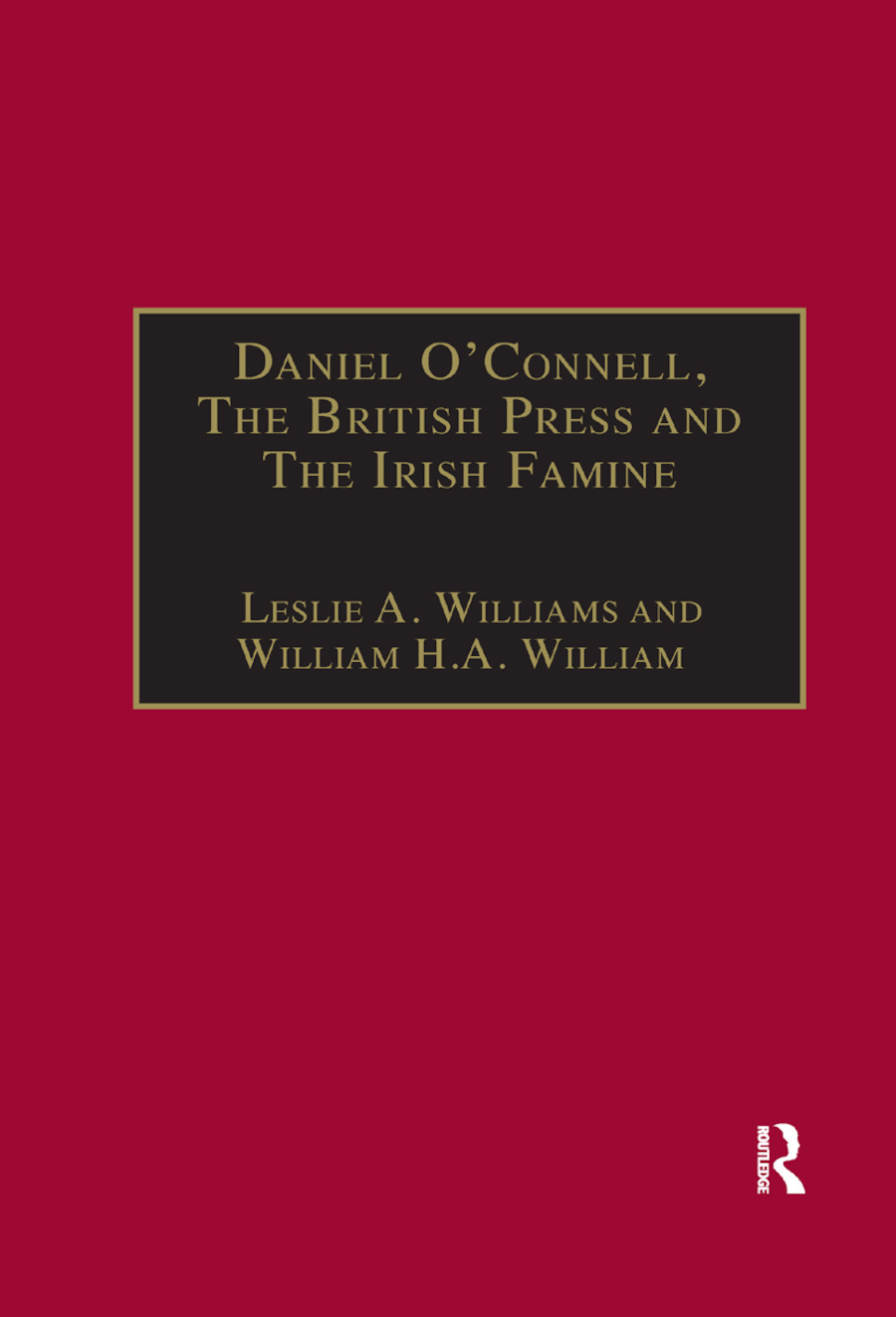 Daniel O'Connell, The British Press and The Irish Famine

By Leslie A. Williams

Through an investigation of the reportage in nineteenth-century English metropolitan newspapers and illustrated journals, this book begins with the question 'Did anti-O'Connell sentiment in the British press lead to "killing remarks," rhetoric that helped the press, government and public opinion distance themselves from the Irish Famine?' The book explores the reportage of events and people in Ireland, focussing first on Daniel O'Connell, and then on debates about the seriousness of the Famine. Drawing upon such journals as The Times, The Observer, the Morning Chronicle, The Scotsman, the Manchester Guardian, the Illustrated London News, and Punch, Williams suggests how this reportage may have effected Britain's response to Ireland's tragedy. Continuing her survey of the press after the death of O'Connell, Leslie Williams demonstrates how the editors, writers and cartoonists who reported and commented on the growing crisis in peripheral Ireland drew upon a metropolitan mentality. In doing so, the press engaged in what Edward Said identifies as 'exteriority,' whereby reporters, cartoonists and illustrators, basing their viewpoints on their very status as outsiders, reflected the interests of metropolitan readers. Although this was overtly excused as an effort to reduce bias, stereotyping and historic enmity - much of unconscious - were deeply embedded in the language and images of the press. Williams argues that the biases in language and the presentation of information proved dangerous. She illustrates how David Spurr's categories or tropes of invalidation, debasement and negation are frequently exhibited in the reports, editorials and cartoons. However, drawing upon the communications theories of Gregory Bateson, Williams concludes that the real 'subject' of the British Press commentary on Ireland was Britain itself. Ireland was used as a negative mirror to reinforce Britain's own commitment to capitalist, industrial values at a time of great internal str

Leslie A. Williams, author of Daniel O'Connell, the British Press, and Killing Remarks, was an art historian specializing in the Victorian period. At the time of her death she was Chair of the Department of Arts and Humanities at Shawnee State University, Portsmouth, Ohio. William H. A. Williams, editor, is historian and author of 'Twas Only an Irishman's Dream: The Image of the Irish and Ireland in American Popular Song Lyrics, 1800-1920. He is member of the faculty of the College of Undergraduate Studies, Union Institute & University, Cincinnati, Ohio