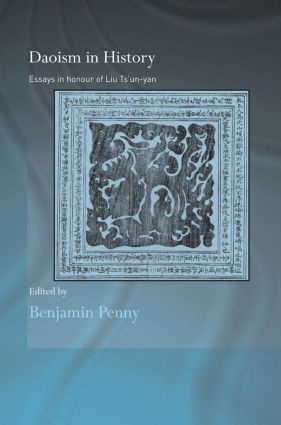 Over the last decade there has been a marked increase in the study of Daoism especially in Japan, China and the West, with a new generation of scholars broadening our understanding of the religion. Including contributions from the foremost scholars in the field, Daoism in History presents new and important research.

These essays honour one of the pioneers of Daoist studies, Emeritus Professor Liu Ts'un-yan. His major essay 'Was Celestial Master Zhang a Historical Figure?' addresses one of the pivotal questions in the entire history of Daoism and is included here as the final essay. In addition, a Chinese character glossary, bibliography and index conclude the book.

The first in an exciting new series, this book presents brand new thinking on Daoism - a field now recognized as one of the most vital areas of research in Chinese history and the history of religions.

"This is a fine collection of essays … that make an outstanding contribution to Daoist studies"--Chan Man Sing, New Zealand Journal of Asian Studies, Vol. 9 No. 2, June 2007

'This volume represents an important contribution to the field of Daoist studies. The editor successfully integrated the essays into an organic whole and produced a book of high academic standard that should be part of any library consulted by scholars and students of Daoism or Chinese religions in general.' - Volker Olles, Journal of Chinese Religions 2009

1. On Dreaming of Being Left-Handed: Liu Ts’un-yan and Daoist Studies 2."Let Living and Dead Take Separate Paths": Bureaucratisation and Textualisation in Early Chinese Mortuary Ritual 3.Preliminary Considerations in the Search for a Daoist Dhammapada 4. The Visvantara-jataka in Buddhist and Daoist Translation 5. Visions of Evil: Demonology and Orthodoxy in Early Daoism 6. Between Karmic Retribution and Entwining Infusion: Is the Karma of the Parent Visited Upon the Child? 7. Early Daoist Meditation and the Origins of Inner Alchemy 8.The Dynamic Design: Ritual and Contemplative Graphics in Daoist Scriptures9. Was Celestial Master Zhang a Historical Figure?