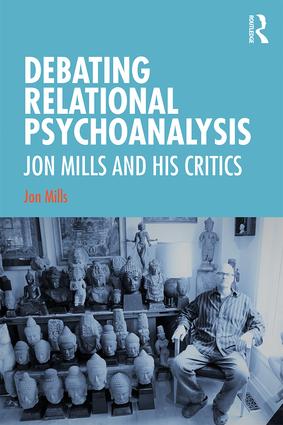 In Debating Relational Psychoanalysis, Jon Mills provides an historical record of the debates that had taken place for nearly two decades on his critique of the relational school, including responses from his critics.

Since he initiated his critique, relational psychoanalysis has become an international phenomenon with proponents worldwide. This book hopes that further dialogue may not only lead to conciliation, but more optimistically, that relational theory may be inspired to improve upon its theoretical edifice, both conceptually and clinically, as well as develop technical parameters to praxis that help guide and train new clinicians to sharpen their own theoretical orientation and therapeutic efficacy. Because of the public exchanges in writing and at professional symposiums, these debates have historical significance in the development of the psychoanalytic movement as a whole simply due to their contentiousness and proclivity to question cherished assumptions, both old and new. In presenting this collection of his work, and those responses of his critics, Mills argues that psychoanalysis may only advance through critique and creative refinement, and this requires a deconstructive praxis within the relational school itself.

will be of interest to psychoanalysts of all orientations, psychotherapists, mental health workers, psychoanalytic historians, philosophical psychologists, and the broad disciplines of humanistic, phenomenological, existential, and analytical psychology.

"Imagine a book on psychoanalysis that gets your heart racing and your own critical mind aroused into action! Jon Mills and his critics hold nothing back in their critique of the relational model and of each other. The reader has a front seat to a theoretical and practical boxing match that vitalizes the conversation, sharpens our theories and practices, prompting further debate and dialogue. In this provocative, deeply stirring and academically rigorous collection, we are challenged to be as thoughtful and thorough in our own theorizing and practices, as is Jon Mills and his contributors. This is a text that clarifies, informs and ultimately inspires."

Roy Barsness, PhD, Professor, The Seattle School of Theology & Psychology and the Brookhaven Institute of Psychoanalysis; author of Core Competencies in Relational Psychoanalysis.

"This is an exhilarating, refreshing, and brave volume. Why? Because Jon Mills is not afraid to challenge dogma and theoretical hegemony, to ask the reader to think with (or for that matter, against) him. Mills’ commanding and passionate rhetorical and intellectual skills shine through as he engages both his sophisticated interlocutors and the vexing conundrums and aporias at the heart of contemporary psychoanalytic relational theorizing. The best kind of psychoanalytic journey, Debating Relational Psychoanalysis, offers a vigorous, rigorous, and ultimately compassionate and redemptive conversation between Mills, the critic, and Mills’ critics, in which familiar thought is tested, and one’s truths are turned over, maybe tossed aside, maybe reaffirmed with renewed (and newly philosophically grounded) conviction."

"Jon Mills tells us "There is nothing more exciting than a clash of ideas, except for, perhaps, sex."  I think that says it all.  His controversial critique of Relational Psychoanalysis is provocative on many grounds. And the often-heated responses by his critics reveal both intellectual differences and personal affronts. In the end, it is the reader who benefits from this unique dialogue between intellectuals nimbly defending their own ideas.  It will force you to think harder, and feel more deeply, not only about what you believe, but also how you practice."

Jon Mills, PsyD, PhD, ABPP is a philosopher, psychoanalyst, and clinical psychologist. He is on Faculty in the Postgraduate Programs in Psychoanalysis & Psychotherapy, Gordon F. Derner School of Psychology, Adelphi University; Emeritus Professor of Psychology & Psychoanalysis, Adler Graduate Professional School, and runs a mental health corporation in Ontario, Canada. Recipient of numerous awards for his scholarship, he is the author and editor of over 20 books in psychoanalysis, philosophy, psychology, and cultural studies.