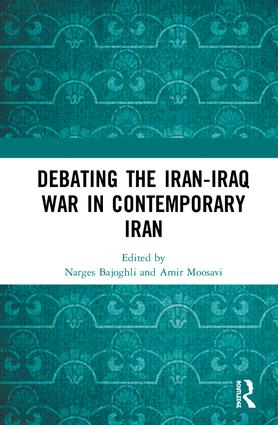 The Iran-Iraq War (1980–1988) is a cornerstone of the Islamic Republic of Iran’s existence. It entrenched the newly established regime and provided the means for its consolidation of power in the country following the 1979 Revolution. Officially recognized as the "War of Sacred Defense", the Iranian government has been careful to control public discourse and cultural representation concerning the war since the since wartime. Nearly 30 years since the war’s end, however, debates around the war and its aftermath are still very much alive in Iran today. This volume uncovers what some of those debates mean, nearly 30 years since the war's end.

The chapters in this volume take a fresh look at the far-reaching legacies of the Iran-Iraq War in Iran today – a war that dominated the first decade of the Islamic Republic’s existence. The chapters examine the political, social and cultural ramifications of the war and the wide range of debates that surround it.

The chapters in this book were originally published in Middle East Critique.

‘Battling Truths: The Legacy of the Iran-Iraq War in the Islamic Republic of Iran’

War and Resentment: Critical Reflections on the Legacies of the Iran-Iraq War

The Outcasts: The Start of ‘New Entertainment’ in Pro-Regime Filmmaking in the Islamic Republic of IranNarges Bajoghli

Inventions of the Iran – Iraq War

is Assistant Professor of Middle East Studies at the School of Advanced International Studies, Johns Hopkins University in Washington, D.C., USA. She received her PhD in Sociocultural Anthropology from New York University. Her research focuses on pro-regime cultural producers in Iran, and is based on ethnographic research with Basij, Ansar-e Hezbollah and Revolutionary Guard media producers in Iran.

is Assistant Professor of Comparative Literature at Rutgers University in Newark, USA. He received his PhD in Middle Eastern and Islamic Studies from New York University in 2016. He then completed a postdoctoral fellowship with the Europe in the Middle East – the Middle East in Europe (EUME) program Berlin and a visiting assistant professorship in modern Iranian studies at Brown University. His research and teaching interests include modern Persian and Arabic literatures, war and cultural production and comparative cultural studies of the modern Middle East.