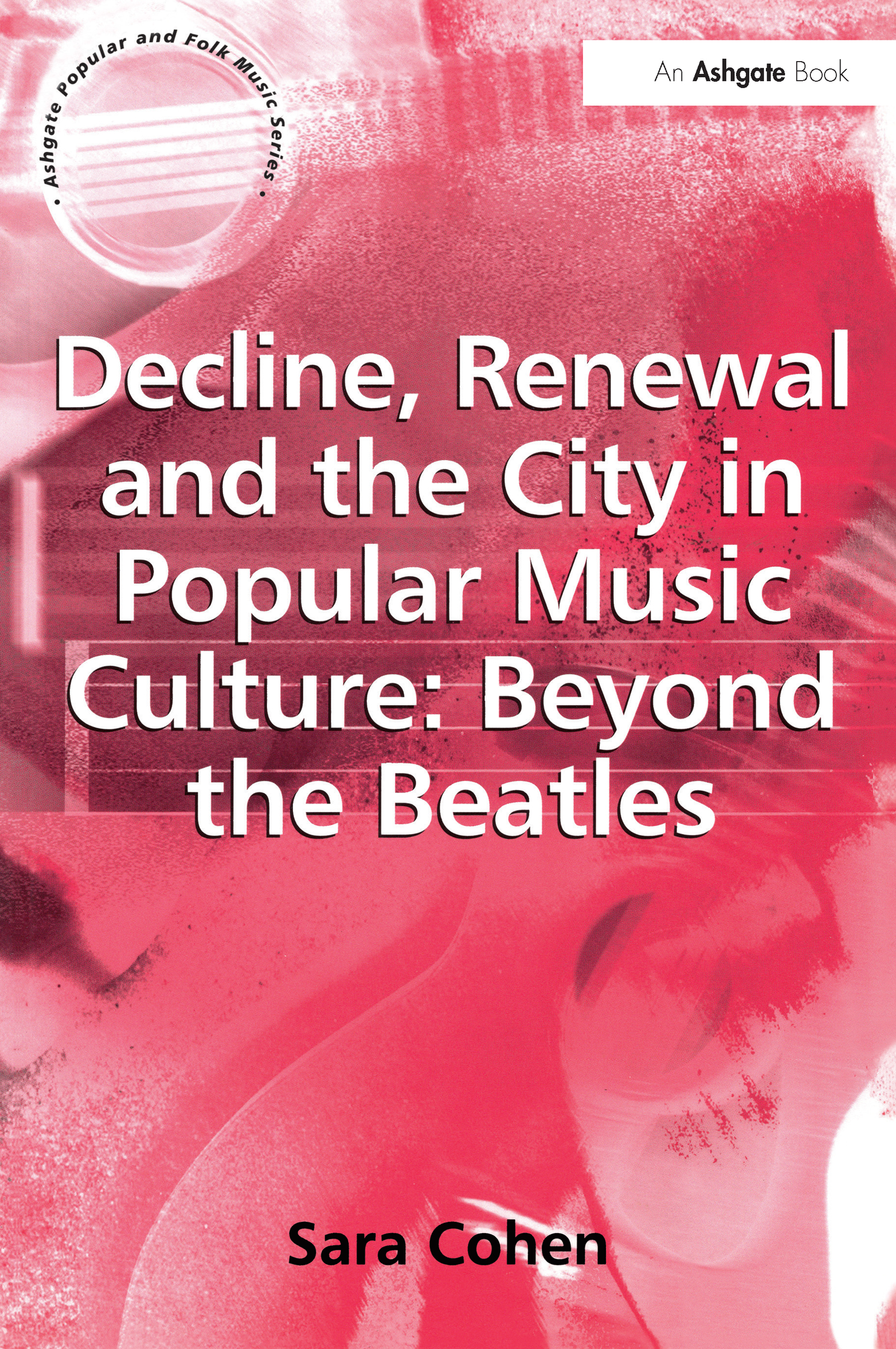 Decline, Renewal and the City in Popular Music Culture: Beyond the Beatles

How is popular music culture connected with the life, image, and identity of a city? How, for example, did the Beatles emerge in Liverpool, how did they come to be categorized as part of Liverpool culture and identity and used to develop and promote the city, and how have connections between the Beatles and Liverpool been forged and contested? This book explores the relationship between popular music and the city using Liverpool as a case study. Firstly, it examines the impact of social and economic change within that city on its popular music culture, focusing on de-industrialization and economic restructuring during the 1980s and 1990s. Secondly, and in turn, it considers the specificity of popular music culture and the many diverse ways in which it influences city life and informs the way that the city is thought about, valued and experienced. Cohen highlights popular music's unique role and significance in the making of cities, and illustrates how de-industrialization encouraged efforts to connect popular music to the city, to categorize, claim and promote it as local culture, and harness and mobilize it as a local resource. In doing so she adopts an approach that recognizes music as a social and symbolic practice encompassing a diversity of roles and characteristics: music as a culture or way of life distinguished by social and ideological conventions; music as sound; speech and discourse about music; and music as a commodity and industry.

'This fine collection of essays about popular music in Liverpool is not only one of the best accounts I've read of how music is shaped by place, but also a fascinating and instructive illustration of how a city can be understood through its music.' Simon Frith, University of Edinburgh, UK '…Cohen…effectively focuses on the city’s popular music production by discussing both the creators and the consumers of music during the era…Highly recommended.’ Choice ’Besides being meticulously researched, the strength of Cohen's narrative lies in the stories told about the importance of music and music-making in the lives of professional and amateur musicians… Decline, Renewal and the City in Popular Music Culture: Beyond the Beatles sets the standard for case studies on the interaction between popular music and the city and also leads a charge for similar studies to be undertaken in Birmingham, Manchester and Sheffield.’ NABMSA Newsletter ’This is a book that successfully reveals how a city's cultural history continues to have a contemporaneous impact…’ Perfect Beat ’… the most comprehensive study of popular music in a single metropolis to date and a worthy template for future studies of other music cities.’ Popular Music

Contents: General editor's preface; Introduction; Music and the city: cultural diversity in a global cosmopolis; Music as a city sound: rock culture and the poetics of loss; Music as city heritage: decline and renewal in the Nashville of the North; Music as city business: trial, tribulation and place in a labour of love; Music as a city industry: haemorrhage, debt and the politics of music policy-making; Music and city tourism: respect, betrayal and the haunting of the Beatles; Music as a city quarter: brands, noises and regeneration; Conclusion; Appendix; Bibliography; Index.

Sara Cohen is a Senior Lecturer and Director of the Institute of Popular Music, University of Liverpool, UK.