Decolonisation
The British Experience since 1945 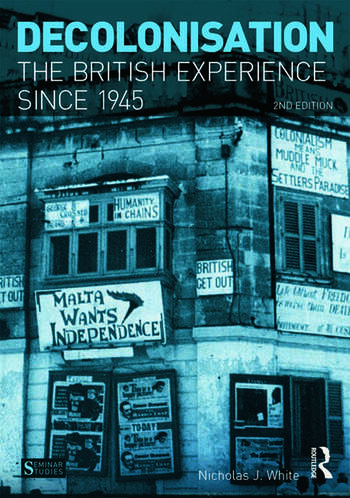 Decolonisation: The British Experience since 1945

This updated Seminar Study provides an overview of the process of British decolonisation. The eclipse of the British Empire has been one of the central features of post-war international history. At the end of the Second World War the empire still spanned the globe and yet by the mid-1960s most of Britain’s major dependencies had achieved independence.

Concisely and accessibly, the book introduces students to this often dramatic story of colonial wars and emergencies, and fraught international relations. Although a relatively recent phenomenon, the end of the British Empire continues to spawn a lively and voluminous historical debate.

Dr. White provides a synthesis of recent approaches, specially updated and expanded for this edition, by looking at the demise of British imperial power from three main perspectives the shifting emphases of British overseas policy the rise of populist, anti-colonial nationalism the international political, strategic, and economic environment dominated by the USA and the USSR.

The book also examines the British experience within the context of European decolonisation as a whole. Supporting the text are a range of useful tools, including maps, a chronology of independence, a guide to the main characters involved, and an extensive bibliography (specially expanded for the new edition. Decolonisation: the British Experience since 1945 is ideal for students and interested readers at all levels, providing a diverse range of primary sources and the tools to unlock them.

Nicholas J. White is Professor of Imperial and Commonwealth History at Liverpool John Moores University. His previous books include Business, Government and the End of Empire: Malaya, 1942–57 (1996) and British Business in Post-Colonial Malaysia, 1957–70 (2004).