This book is a detailed reference on biomedical applications using Deep Learning. Because Deep Learning is an important actor shaping the future of Artificial Intelligence, its specific and innovative solutions for both medical and biomedical are very critical. This book provides a recent view of research works on essential, and advanced topics.

The book offers detailed information on the application of Deep Learning for solving biomedical problems. It focuses on different types of data (i.e. raw data, signal-time series, medical images) to enable readers to understand the effectiveness and the potential. It includes topics such as disease diagnosis, image processing perspectives, and even genomics. It takes the reader through different sides of Deep Learning oriented solutions.

The specific and innovative solutions covered in this book for both medical and biomedical applications are critical to scientists, researchers, practitioners, professionals, and educations who are working in the context of the topics.

Utku Kose received the B.S. degree in 2008 from computer education of Gazi University, Turkey as a faculty valedictorian. He received M.S. degree in 2010 from Afyon Kocatepe University, Turkey in the field of computer and D.S. / Ph. D. degree in 2017 from Selcuk University, Turkey in the field of computer engineering. Between 2009 and 2011, he has worked as a Research Assistant in Afyon Kocatepe University. Following, he has also worked as a Lecturer and Vocational School - Vice Director in Afyon Kocatepe University between 2011 and 2012, as a Lecturer and Research Center Director in Usak University between 2012 and 2017, and as an Assistant Professor in Suleyman Demirel University between 2017 and 2019. Currently, he is an Associate Professor in Suleyman Demirel University, Turkey. He has more than 100 publications including articles, authored and edited books, proceedings, and reports. He is also in editorial boards of many scientific journals and serves as one of the editors of the Biomedical and Robotics Healthcare book series by CRC Press. His research interest includes artificial intelligence, machine ethics, artificial intelligence safety, optimization, the chaos theory, distance education, e-learning, computer education, and computer science.

has received his ph.D. degree from Gazi University, Department of Computer Science, Ankara, Turkey in 2001. He has joined at the Department of Computer Science, Afyon Kocatepe University as an associate professor since 2012. He served as the head of department. His current research interests include Artificial Intelligence applications, signal processing and image processing in Biomedical engineering. He has published 10 books, 40 articles and more than 50 papers. Attended more than 40 conferences. He was a member of the International Technical Committee in 6 conferences and workshops. He is serving as an editorial board member of several international journals including an Associate Editors of IET The Journal of Engineering. He is also a Book Series Editor - Biomedical and Robotics Healthcare (CRC Press).

received his B.E degree in ECE from Bharathiar University in 2002, M.E degree in communication systems from Anna University in 2006 and Ph.D. from Karunya University in 2013. His research areas include Computational Intelligence and Image processing. He has authored more than 130 research papers in reputed SCIE indexed International Journals and Scopus indexed International Conferences. His Cumulative Impact Factor is more than 180. He has published 33 edited books with reputed publishers such as Elsevier, Springer and IET.

He has been serving as Associate Editor/Scientific Editor of SCIE Indexed International Journals such as Journal of Intelligent and fuzzy systems, Mathematical Problems in Engineering. IET Qunatum Communications and Dyna (Spain). He serves as an Editorial Board member/Guest Editor of many journals with leading publishers such as Elsevier (Soft Computing Letters), Springer (Multidimensional Systems and Signal Processing, SN Computer Science, Sensing and Imaging) and Inderscience (IJAIP, IJICT, IJCVR, IJBET). He is the series editor of "Biomedical Engineering" book series in Elsevier and "Robotics & Healthcare" book series with CRC Press.

He has received a project grant with 35,000 UK Pound from Government of UK (GCRF scheme) with collaborators from University of Westminster, UK. He has also completed 1 funded research project from CSIR, Govt. of India and 1 ongoing funded project from DST, Govt. of India. He also serves as the "Research Scientist" of Computational Intelligence and Information Systems (CI2S) Lab, Argentina; LAPISCO research lab, Brazil; RIADI Lab; Tunisia and Research Centre for Applied Intelligence, University of Craiova, Romania

He has been also the organizing committee member of several international conferences across the globe such as Portugal, Romania, UK, Egypt, China, etc. He has delivered more than 100 Keynote talks/Invited Lectures in International Conferences/workshops. He holds professional membership with IEEE Technical Committee on Neural Networks (IEEE Computational Intelligence Society) and IEEE Technical Committee on Soft Computing (IEEE Systems, Man and Cybernatics Society). 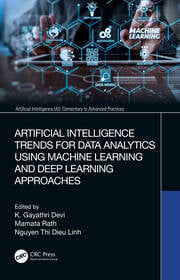 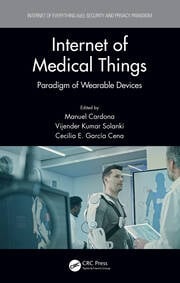