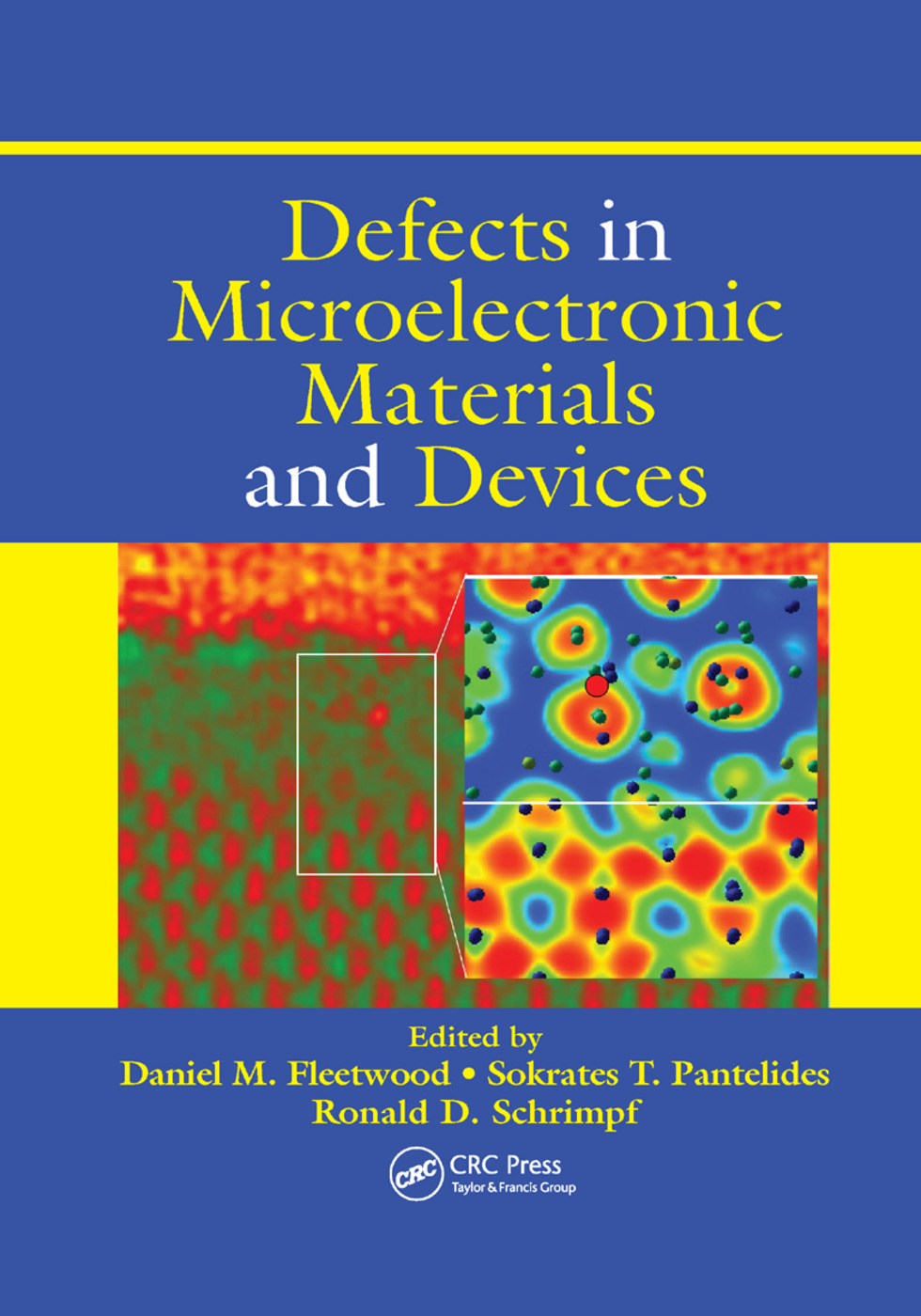 Defects in Microelectronic Materials and Devices

Uncover the Defects that Compromise Performance and Reliability

As microelectronics features and devices become smaller and more complex, it is critical that engineers and technologists completely understand how components can be damaged during the increasingly complicated fabrication processes required to produce them.

A comprehensive survey of defects that occur in silicon-based metal-oxide semiconductor field-effect transistor (MOSFET) technologies, this book also discusses flaws in linear bipolar technologies, silicon carbide-based devices, and gallium arsenide materials and devices. These defects can profoundly affect the yield, performance, long-term reliability, and radiation response of microelectronic devices and integrated circuits (ICs). Organizing the material to build understanding of the problems and provide a quick reference for scientists, engineers and technologists, this text reviews yield- and performance-limiting defects and impurities in the device silicon layer, in the gate insulator, and/or at the critical Si/SiO2 interface. It then examines defects that impact production yield and long-term reliability, including:

The authors condense decades of experience and perspectives of noted experimentalists and theorists to characterize defect properties and their impact on microelectronic devices. They identify the defects, offering solutions to avoid them and methods to detect them. These include the use of 3-D imaging, as well as electrical, analytical, computational, spectroscopic, and state-of-the-art microscopic methods. This book is a valuable look at challenges to come from emerging