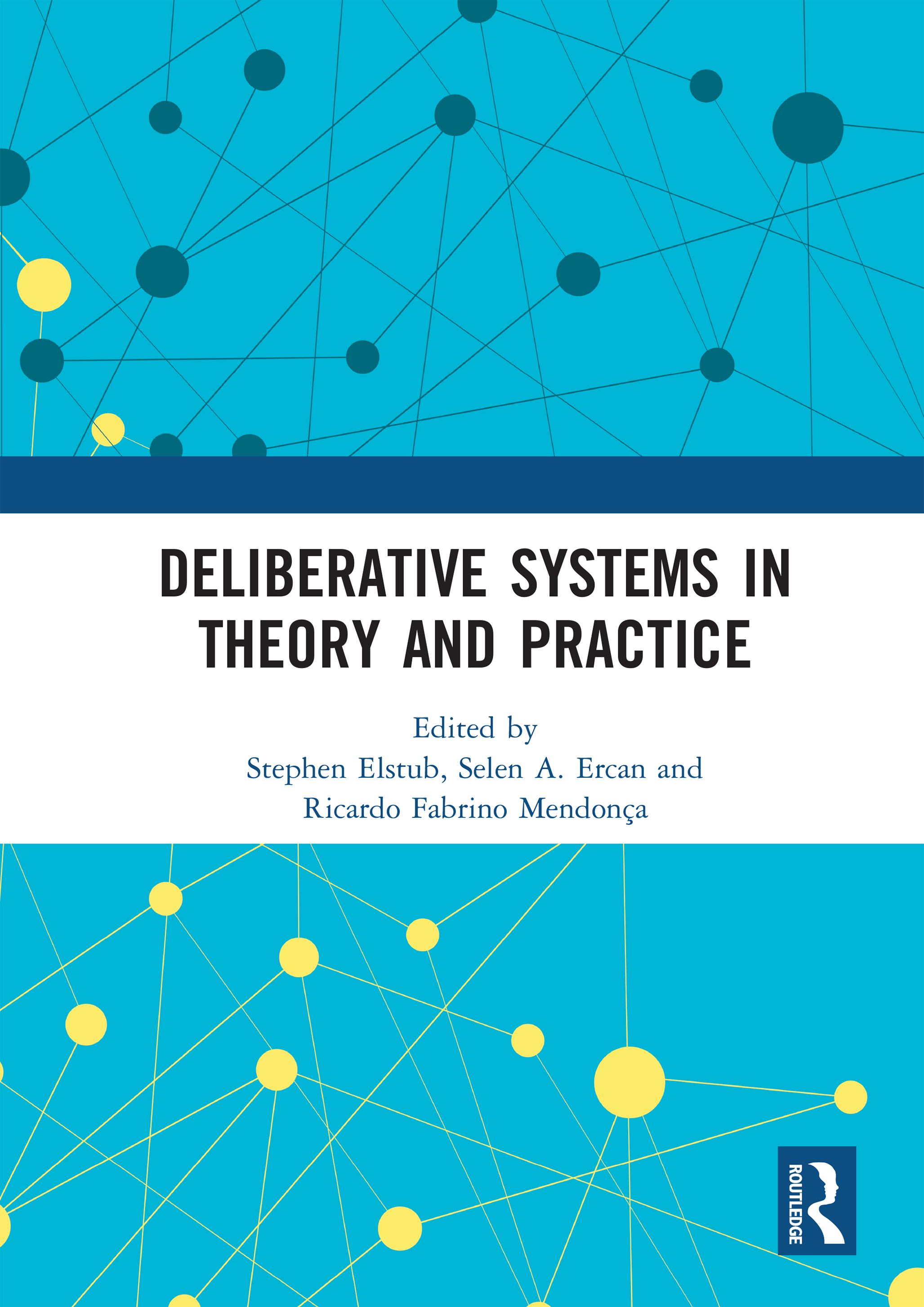 Deliberative Systems in Theory and Practice

Deliberative democracy is an approach to democracy that requires collective decision-making to be preceded by reasoned, inclusive, and respectful debate for it to be legitimate. It has become an increasingly dominant approach to democracy over the last few decades. In recent years, there has been a particular focus on ‘deliberative systems.’ A systemic approach to deliberative democracy opens up a new way of thinking about public deliberation in both theory and practice. It suggests understanding deliberation as a communicative activity that occurs in a diversity of spaces, and emphasizes the need for interconnection between these spaces. It offers promising solutions to some of the long-standing theoretical issues in the deliberative democracy literature such as legitimation, inclusion, representation, as well as the interaction and interconnection between public opinion formation and decision-making sites more generally. The deliberative systems approach also offers a new way of conceptualizing and studying the practice of deliberation in contemporary democracies. Despite its conceptual and practical appeal, the concept of deliberative systems also entails potential problems and raises several important questions. These include the relationship with the parts and the whole of the deliberative system, the prospects of its institutionalization, and various difficulties related to its empirical analysis. The deliberative systems approach therefore requires greater theoretical critical scrutiny, and empirical investigation. This bookcontributes to this endeavour by bringing together cutting edge research on the theory and practice of deliberative systems. It will identify the key challenges against the concept to enhance understanding of both its prospects and problems promoting its refinement accordingly. The chapters originally published as a special issue in Critical Policy Studies.

1. The fourth generation of deliberative democracy

Section I: Deliberative Systems in Theory

2. The boundaries of a deliberative system: the case of disruptive protest

3. Mitigating systemic dangers: the role of connectivity inducers in a deliberative system

4. Deliberative elitism? Distributed deliberation and the organization of epistemic inequality

5. Reflections on the theory of deliberative systems

7. Brazilian Social Assistance Policy: an empirical test of the concept of deliberative systems

9. Reflections on how to empirically ground the deliberative system’s theory

Stephen Elstub is a Lecturer in British Politics at the School of Geography, Politics and Sociology, Newcastle University, United Kindgom. His main research interests are in public opinion, political communication, civil society and political participation, all viewed through the lens of deliberative democracy.

Selen A. Ercan is a Senior Research Fellow at the Centre for Deliberative Democracy and Global Governance, Institute for Governance and Policy Analysis, University of Canberra, Australia. She works in the area of deliberative democracy focusing particularly on the capacity of this approach in addressing irreconcilable value conflicts in contemporary polities.