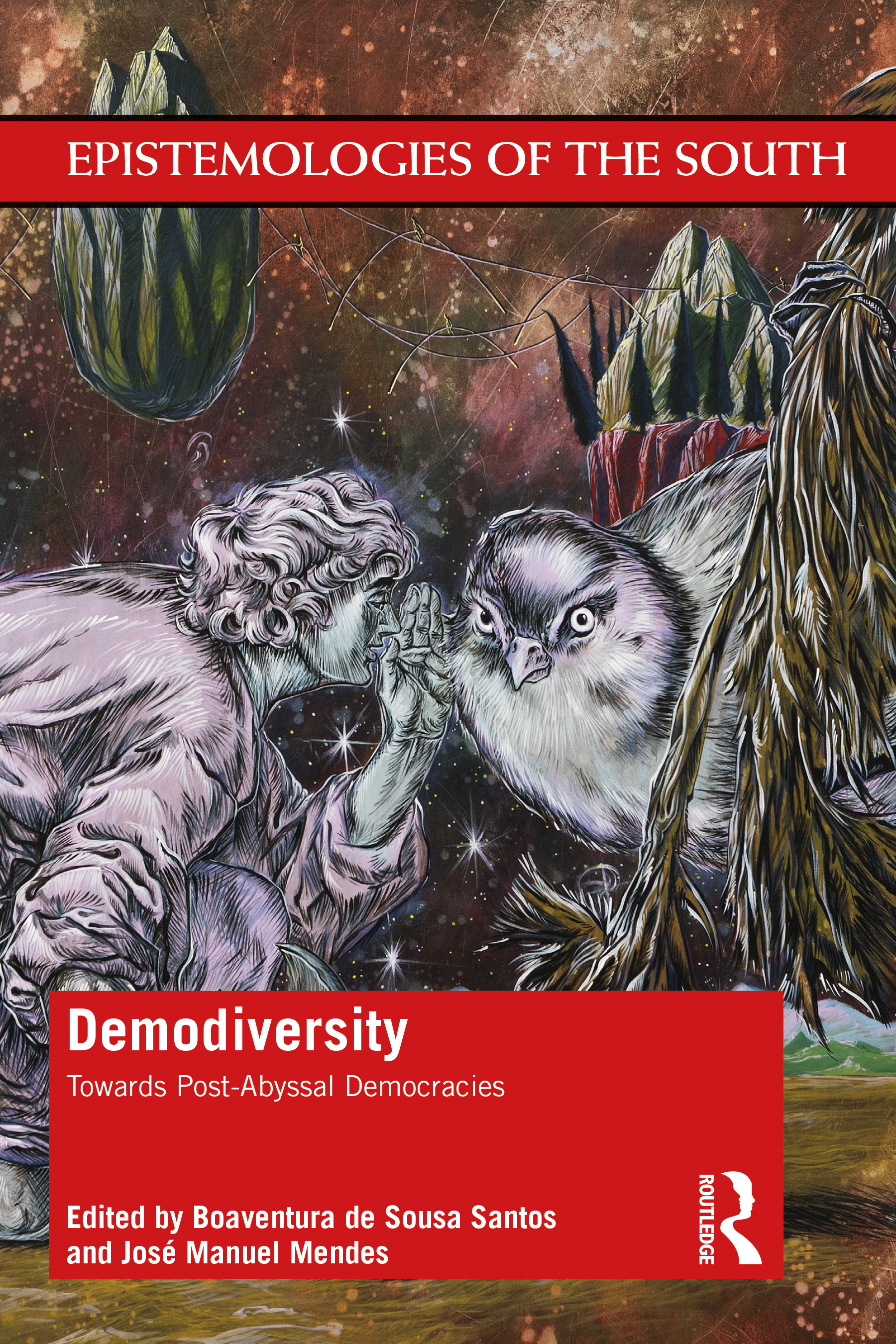 We are living in a time when social and political authoritarianism appear to be gaining ground around the world. This book presents the democratic practices, spaces and processes that engage directly with the theoretical assumptions advanced by the epistemologies of the South, summoning other contexts and empirical realities that attest to the possibility of a renewal and deepening of democracy beyond the liberal and representative canon, which is embedded within a world capitalist system.

The chapters in this book put forward the ideas of demodiversity, of high-intensity democracy, of the articulation between representative democracy and participatory democracy as well as, in certain contexts, between both these and other forms of democratic deliberation, such as the communitarian democracy of the indigenous and peasant communities of Africa, Latin America and Asia.

The challenge undertaken in this book is to demand utopia, imagining a post-abyssal democracy that permits the democratizing, decolonizing, decommodifying and depatriarchalizing of social relations. This post-abyssal democracy obliges us to satisfy the maximum definition of democracy and not the minimum, transforming society into fields of democratization that permeate the structural spaces of contemporary societies.

Part I - The pluriverse of democracy

Chapter 1: A new vision for Europe: learning from the Global South

Chapter 3: Democracy and democratization in Africa: interrogating paradigms and practices

Chapter 4: This world cut into two

Chapter 5: For a politics of revolutionary love

Chapter 7: Politics after the defeat of politics: post-democracy, post-politics and populism

Chapter 8: "Carry their rights, their own way": Dalit struggle for equality

Chapter 9: The Passe Livre movement in Brazil and the sociology of possibilities

Chapter 10: Another democracy is possible: learnings and lessons for a radical democracy based, the political experience of Chéran, Mexico

Boaventura de Sousa Santos is Emeritus Professor of Sociology at the University of Coimbra (Portugal) and Distinguished Legal Scholar at the University of Wisconsin-Madison (USA). He has written extensively on globalization, sociology of law and the state, epistemology, and social movements. His most recent publication is The End of the Cognitive Empire: The Coming of Age of Epistemologies of the South (2018).

is an Associate Professor with Aggregation at the University of Coimbra. He is also researcher at the Centre for Social Studies, where he has been working in the fields of risk and social vulnerability, planning, public policies and citizenship. Her most recent work in English is ‘Disaster Exceptionalism in India: The View from Below’, in William L. Waugh, Jr. e Ziqiang Han (eds.), Recovering from Catastrophic Disaster in Asia (2017).

Epistemologies of the South

The Global North has faced growing difficulty in making sense of the broad changes sweeping the world, from the financialization and neoliberalization of the world economy to the growth of inequality on an unknown scale in its persistence, extension and diversification of segregation, discrimination and violence. Uneasiness has been growing within the social sciences at the feeling of inadequacy and even irrelevance of current work and established theory in its attempt to get to grips with such a world.

The main idea underlying this series is that the experience of the world is much broader than the Eurocentric understanding, and what is known as the Global South has been for centuries–and remains in contemporary times–an inexhaustible source of experiences, knowledges, political and social innovations, and celebrations of difference. Challenging the canonical and Eurocentric epistemological tradition, including the social sciences and humanities themselves, this series innovates through the encounter and dialogue with other epistemologies that have historically emerged in the South.