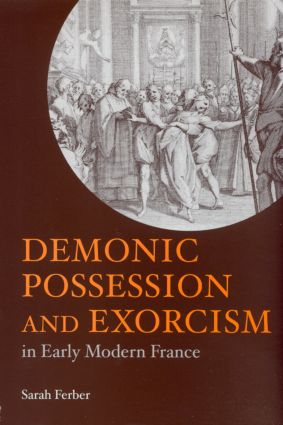 This is a highly original study of demon possession and the ritual of exorcism, both of which were rife in early modern times, and which reached epidemic proportions in France.

Catholics at the time believed that the Devil was everywhere present, in the rise of the heretics, in the activities of witches, and even in the bodies of pious young women. The rite of exorcism was intended to heal the possessed and show the power of the Church - but it generated as many problems as it resolved. Possessed nuns endured frequently violent exorcisms, exorcists were suspected of conjuring devils, and possession itself came to be seen as a form of holiness, elevating several women to the status of living saints.

Sarah Ferber offers a challenging study of one of the most intriguing phenomena of early modern Europe. Looking towards the present day, the book also argues that early modern conflicts over the Devil still carry an unexpected force and significance for Western Christianity.

'A profound and intelligent analysis of the ends to which exorcism was put in France in the late sixteenth and early seventeenth centuries … Well-informed and sensitive, is a true contribution to our knowledge of the subject.' – The Heythrop Journal

Sarah Ferber is Lecturer in History at the University of Queensland, Australia. She teaches early modern history, and the history of modern bioethics.