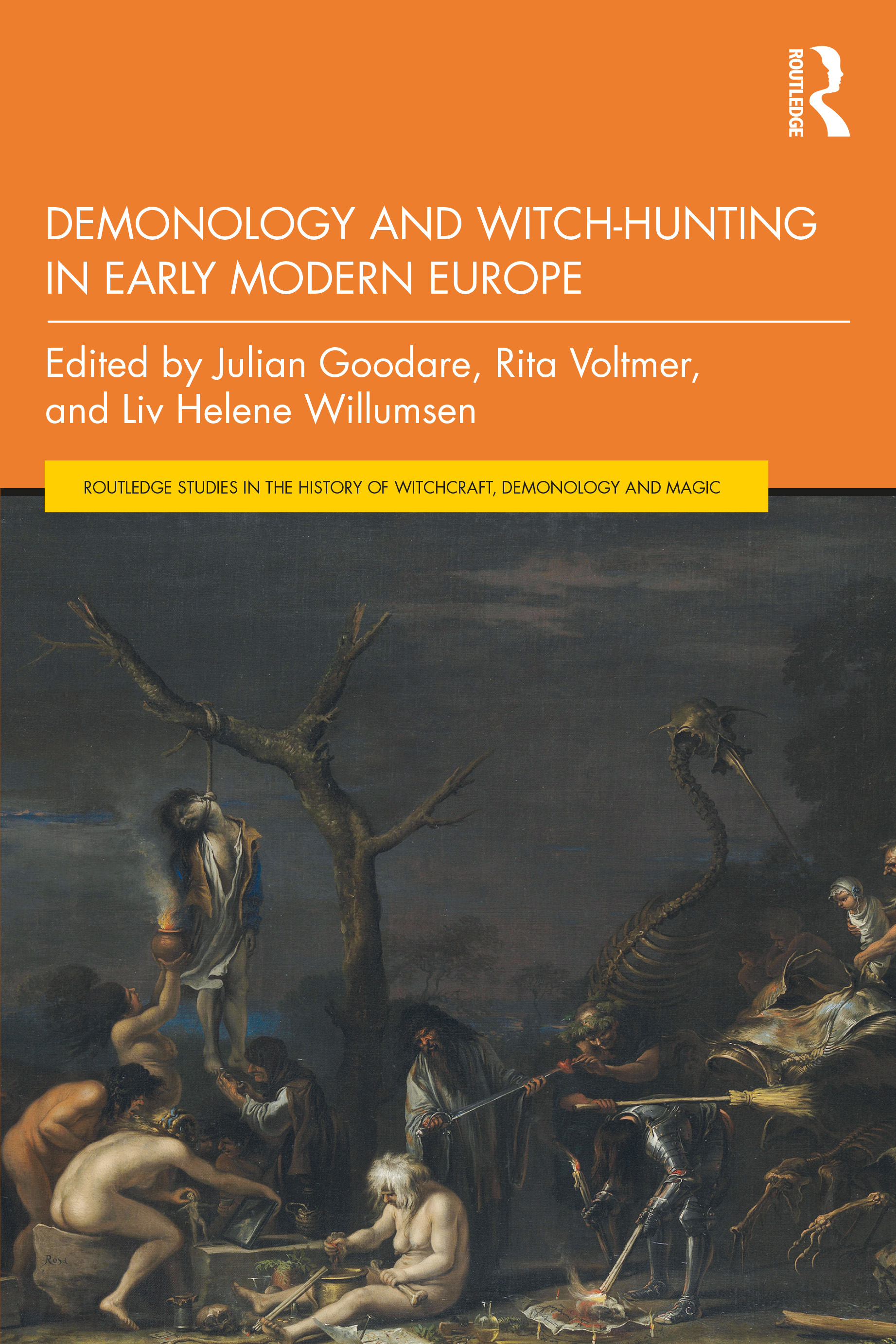 Demonology – the intellectual study of demons and their powers – contributed to the prosecution of thousands of witches. But how exactly did intellectual ideas relate to prosecutions? Recent scholarship has shown that some of the demonologists’ concerns remained at an abstract intellectual level, while some of the judges’ concerns reflected popular culture. This book brings demonology and witch-hunting back together, while placing both topics in their specific regional cultures.

The book’s chapters, each written by a leading scholar, cover most regions of Europe, from Scandinavia and Britain through to Germany, France and Switzerland, and Italy and Spain. By focusing on various intellectual levels of demonology, from sophisticated demonological thought to the development of specific demonological ideas and ideas within the witch trial environment, the book offers a thorough examination of the relationship between demonology and witch-hunting.

is essential reading for all students and researchers of the history of demonology, witch-hunting and early modern Europe.

Introduction: Demonology and Witch-Trials in Dialogue 1. Demonology and the Relevance of the Witches’ Confessions 2. The Metamorphoses of the Anti-Witchcraft Treatise Errores Gazariorum (15th Century) 3. "I Confess that I Have Been Ignorant:" How the Malleus Maleficarum Changed the Universe of a Cleric at the End of the Fifteenth Century 4. "In the Body:" The Canon Episcopi, Andrea Alciati, and Gianfrancesco Pico’s Humanized Demons 5. French Demonology in an English Village: The St Osyth Experiment of 1582 6. English Witchcraft Pamphlets and the Popular Demonic 7. Witches’ Flight in Scottish Demonology 8. Demonology and Scepticism in Early Modern France: Bodin and Montaigne 9. Judge and Demonologist: Revisiting the Impact of Nicolas Rémy on the Lorraine Witch Trials 10. Demonological Texts, Judicial Procedure, and the Spread of Ideas About Witchcraft in Early Modern Rothenburg ob der Tauber 11. To Beat a Glass Drum: The Transmission of Popular Notions of Demonology in Denmark and Germany 12. "He Promised Her So Many Things:" Witches, Sabbats, and Devils in Early Modern Denmark 13. Board Games, Dancing, and Lost Shoes: Ideas about Witches’ Gatherings in the Finnmark Witchcraft Trials 14. What Did a Witch-Hunter in Finland Know About Demonology? 15. The Guardian of Hell: Popular Demonology, Exorcism, and Mysticism in Baroque Spain 16. Interpreting Children’s Blåkulla Stories in Sweden (1675) 17. Connecting Demonology and Witch-Hunting in Early Modern Europe.

JULIAN GOODARE is Professor of History, University of Edinburgh. His most recent book is The European Witch-Hunt (London: Routledge, 2016). His edited books include Scottish Witches and Witch-Hunters (Basingstoke: Palgrave Macmillan, 2013), and he is Director of the online Survey of Scottish Witchcraft.

RITA VOLTMER is Senior Lecturer in Regional History, University of Trier. She has published more than 90 articles as well as several books, mostly on medieval and early modern witch-hunts. Her current project deals with "Criminal Justice and Processes of Resilience in Western Europe."

LIV HELENE WILLUMSEN is Professor Emerita of History, University of Tromsø (UiT The Arctic University of Norway). Her books include Witches of the North: Scotland and Finnmark (Leiden: Brill, 2013). She was recently awarded the Norwegian King’s Medal of Merit.

Routledge Studies in the History of Witchcraft, Demonology and Magic