Since the publication of the bestselling first edition of CRC Desk Reference of Clinical Pharmacology, dramatic discoveries in molecular medicine along with rapid technological advances have revolutionized the diagnosis and resulted in new medications to be used in the treatment of a broad range of human diseases. To stay abreast of these rapidly emerging drugs and novel avenues of treatment constant vigilance is required. Specifically prepared for healthcare professionals, Desk Reference of Clinical Pharmacology, Second Edition offers the most authoritative, comprehensive, informative, and useful book to include all drugs used in clinical practice.

New to the Second Edition—

The book offers concise and informative A-Z drug facts in an encyclopedia format and contains brief descriptions of conditions, diseases, and disorders presented along with their applicable treatments. The completely expanded introductory chapters contain short review entries on the pharmacokinetic basis of therapeutics, concepts of pharmacodynamics, and the principles of drug-drug interactions and drug-food interactions. They include discussions on state-of-the-art treatments such as immunotherapy of cancer, antisense therapies, suicide gene therapy, and pharmacogenomics, which is leading to tailor-made drugs based on genetic makeup.

The second edition of the Desk Reference of Clinical Pharmacology contains more entries, up-to-date information on revolutionizing therapeutics, and an exhaustive list of maladies and their treatments. It is a definitive reference for any member of a healthcare delivery team and a valuable resource for those involved in the study of clinical pharmacology.

"…The alphabetical arrangement of all headings makes the text extremely accessible… Many of the individual drug entries are quite comprehensive and represent the best of what is expected of a text on pharmacology. The second edition follows the same basic organization as the first edition: brief introductory chapters followed by a series of alphabetically organized entries… The second edition represents an effort at expansion over the 1998 first edition. Expansion and improvements include naming of Orientation Articles, improved illustrations, and, as noted earlier, addition of monographs on immunotherapies and other topics. The Desk Reference of Clinical Pharmacology, 2nd Edition, is an introductory pharmacology reference best suited for a quick look-up of select topics…." 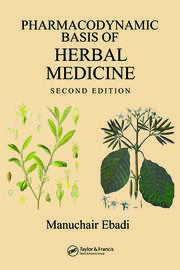 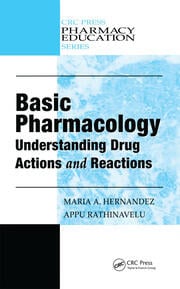