Developing a Data Warehouse for the Healthcare Enterprise
Lessons from the Trenches, Third Edition

Developing a Data Warehouse for the Healthcare Enterprise: Lessons from the Trenches, Third Edition

This third edition to the award-winning book is a straightforward view of a clinical data warehouse development project, from inception through implementation and follow-up. Through first-hand experiences from individuals charged with such an implementation, this book offers guidance and multiple perspectives on the data warehouse development process – from the initial vision to system-wide release. The book provides valuable lessons learned during a data warehouse implementation at King Faisal Specialist Hospital and Research Center (KFSH&RC) in Riyadh, Saudi Arabia – a large, modern, tertiary-care hospital with an IT environment that parallels a typical U.S. hospital. This book also examines the value of the data warehouse from the perspectives of a large healthcare system in the U.S. and a corporate health services business unit. Special features of the book include a sample RFP, data warehouse project plan, and information analysis template. A helpful glossary and acronyms list are included.

Bryan Bergeron, MD, writes, speaks and consults about business technology and the intersection of computers and medicine. A Fellow of the American College of Medical Informatics and the author of more than two dozen books, several hundred articles, and a dozen software packages, Bryan’s expertise extends from robotics to digital-data management and from medical informatics to modeling and simulation. He is named inventor on eleven US patents, including several on Translational Reality. Bryan has held a variety of different teaching and administrative positions at Harvard Medical School, MIT, and HST and Massachusetts General Hospital Institute for Healthcare Professionals – from Research Affiliate to Acting Director, and has taught courses ranging from cardiovascular pathophysiology and pulmonary pathophysiology to healthcare informatics. For the past twenty years, he has headed Archetype Technologies Inc., which specializes in the development and evaluation of new technologies and intellectual property.

Bryan founded his first company, Home Health Software, in 1984, with several commercially successful software titles. This was followed by HeartLab, the first commercial multimedia patient simulator on a microcomputer. In addition to software, Bryan has designed and developed microprocessor-based hardware and specialized sensors.

His twenty plus books, published by McGraw-Hill, John Wiley and Sons, Inc. and Prentice Hall, among others, range from business and technology to clinical medicine and applied medical informatics. He was founding Editor-in-Chief of e.MD and on the editorial boards of fourteen medical/technology journals. For over a decade, he has served as editor-in-chief of Servo Magazine, dedicated to the next generation of robotics and Nuts & Volts Magazine, written for the hands-on electronics hobbyist.

Hamad Al-Daig, MBA, is the Chief Information Officer at King Faisal Specialist Hospital and Research Center. He has more than 33 years of healthcare IT experience, and 28 of those years are with KFSH&RC. During his tenure, the hospital attained EMR Adoption ModelSM Level 6; ISO 27001 Information Security Management certification; and the Digital Excellence Award of 2011 from the Ministry of Communications and Technology organization of Saudi Arabia. As a leading distinguished professional in healthcare IT, he has contributed in many national level healthcare IT initiatives, including the development of National Healthcare IT Strategy for the Kingdom Saudi Arabia. He is one of the founding members of Saudi Arabian Health Informatics (SAHI) society and also served SAHI as vice president. He has been named one of the top ten CEIO innovators of the year by Healthcare Informatics.

Enam UL Hoque, MBA, PMP, CPHIMS, is a Senior Strategic Health Information Consultant at King Faisal Specialist Hospital and Research Center. He managed the technical areas of the initial data warehouse development project and is currently managing performance improvement through the "Productivity Analysis and Benchmarking Program" for the hospital. He is an IT professional with more than 20 years of experience, holding various positions and managing several IT projects of varying sizes within industries ranging from manufacturing and retail to marketing and healthcare in Canada, the United States and Saudi Arabia.

Fadwa Saad AlBawardi, MS, provides her perspective as a project leader and senior program analyst for the Data Warehouse Section, Information Technology Affairs at King Faisal Specialist Hospital and Research Center in Riyadh, Saudi Arabia. Ms. AlBawardi received her MS in Computer Science at Boston University, and has been working in the data warehousing/business intelligence areas for several years.

Osama Alswailem, MD, MA, is a consultant in Medical Informatics and Family Medicine, and Director of the Medical and Clinical Informatics Department at King Faisal Specialist Hospital and Research Center. Dr. Alswailem was the chairman of the Data Warehouse Administrative Committee. He completed a postdoctoral fellowship in medical Informatics at Columbia University 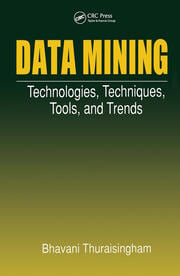 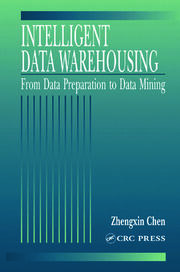 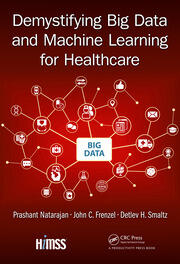