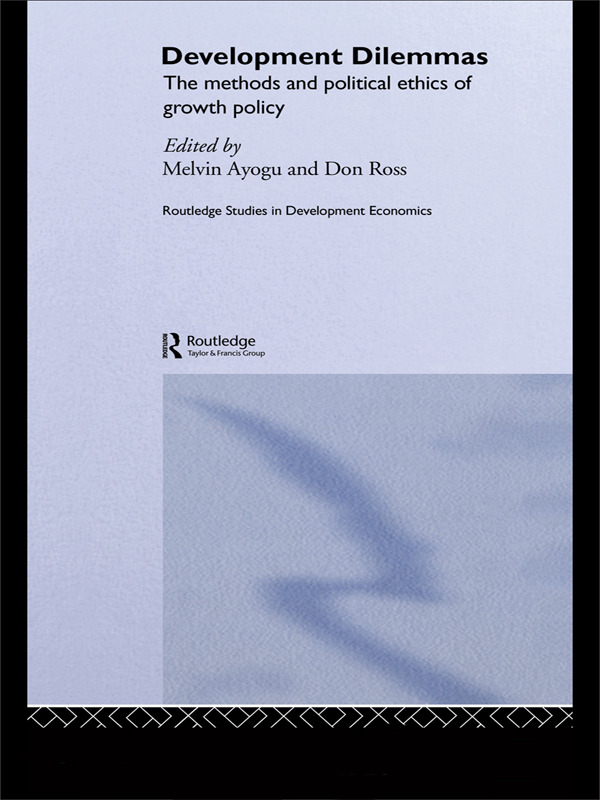 It is widely believed that economic development in much of the world is not happening quickly enough. Indeed, the standard of living in some parts of the world has actually been declining. Many experts now doubt that the solution can be purely technical and economic; it must also be political and moral.

This book brings together contributions from leading authorities, such as Joseph Stiglitz, Jean-Jacques Laffont and Daniel Hausman, on economics and political philosophy to survey current barriers to growth, including problems with policy and problems with concepts and thinking. Getting policies right, the contributors stress, is a complicated task in itself, but it also may not be enough; instead, people in both the developed and developing worlds may also need to reconsider basic and time-worn beliefs about facts, values, the measurement of data, rights, needs and the nature of government.

4. Development Theory and the Philosophies of Science Harold Kincaid

5. The Political Economy of Statistical Evidence: Economic Data Problems in Developing Countries and Their Impact on Empirical Research Hashem Dezhbakhsh

10. The Political Philosophy of Needs and Weak States Lawrence Hamilton

Melvin Ayogu is Professor of Economics at the University of Cape Town and Associate of the Chartered Institute of Bankers. He has written numerous articles and book chapters in the areas of international finance, public finance, corporate finance, political economy and economic development