This book entails the developments in the field of e-waste management with particular focus on urban mining, sustainability, and circular economy aspects. It further explains e-waste recycling technologies, supply chain aspects, e-waste disposal in IT industries including health and environmental effects of E-waste recycling processes and associated issues, challenges, and solutions.  Further, it describes economic potential of resource recovery from e-waste.

1. Economic Instruments for Electronic Waste Management in India. 2. The EU e-waste policy and regulation. 3. Comparison Analysis of E-waste Management in India and Japan: Challenges and Solutions with Focus on COVID-19 Pandemic. 4. Fungal Biotechnology for Recovery of Critical Metals from E-waste: Current Research Trends and Prospects. 5. Nanotechnology as a cleaner and greener approach towards E-Waste Recycling and Valorization. 6. Health and Environmental Effects of E-waste Recycling Processes: Issues, challenges and solutions. 7. Role of Media in E-Waste Awareness Generation: An Indian Scenario. 8. Economic Potential of Resource Recovery from E-waste. 9. A Review of Security Threats from E-waste: Issues, Challenges, and Sustainability. 10. Electronic Component Recycling: Solutions Towards Green Development. 11. Approaches to Improving the Circular Economy Paradigm in E-waste Management in India through Informal-Formal Sector Integration. 12. Consumer behaviors in the circular economy with special focus on e-products. 13. Towards Circular Economy via Sorbent prepared from E-waste: A Chemical Engineering perspective.

Dr. Das has over 17 years of Teaching and Research Experience and more than 40 publications and three edited books of international repute. Presently he is serving as an Associate Professor in the Department of IT, RCC Institute of Information Technology, Kolkata, India. He had been the Head of the Department of IT (Jan 2018– Jan 2020) and has convened various committees at an institutional level.

Dr. Das has organized and chaired various international conferences and seminars. He has served as a resource person in various institutes and universities and television channels at state and national levels. Currently, six scholars are working with him on different research topics like IoT, e- Waste Management, Data Science, Quantum Computing, Object Oriented Categorization, etc.

Abhijit has published four patents and eight copyrights to date. He serves as a reviewer for many reputed journals and is a professional member of IEEE, IETE (Fellow) and ACM. Abhijit is a professional singer as well and frequently performs in All India Radio Kolkata, DoorDarshan, and various private television channels and has more than 10 music albums on his credit.

is a Senior Research Fellow at the Chemical Engineering Department, Jadavpur University. He was a Commonwealth Split- Site Scholar at Aston University, Birmingham, UK (2019–2020). He received his B.Tech and M.E. in Chemical Engineering in 2013 and 2015 respectively. His area of specialization is waste valorization and sustainability with special focus on e- waste and plastic waste. His other research interests include Circular Economy, Climate Change, SDGs, Supply Chain Management, Sustainable Smart City, Environmental Chemical Engineering etc. He has worked in UKIERI projects and published nearly 60 articles including conference proceedings, peer- reviewed journals and contributed to nearly 30 book chapters in his research area. His h index is 12 with 572 citations. He is a CPCB certified trainer for the six waste management rules and provided training on e- waste & plastic waste rules on invitation. He has won best paper award several times in International Conferences, which offered him ten invited lectures including webinars. Since December 2018, he has been one of the most read authors from his department in ResearchGate. He has completed five collaborative (unfunded) projects with colleagues in USA, Finland, Saudi Arabia and India. He is reviewer of reputed journals. He is the co-creator of ‘La Sustaina’, which is the Kolkata’s first upcycled café-cum-store. He also works as sustainability consultant for national and international clients.

is the Managing Director of Green Waves Environmental Solutions, the only First Authorized E - waste collection and handling unit in Andhra Pradesh (unit in Visakhapatnam) since April 2015. Mr. Potluri graduated with Diploma in Environment Resource Management from Waiariki Institute of Technology (New Zealand). He completed his Master in Science (M.Sc) in Environmental Science branch from GITAM Institute of Science, GITAM University (India). He did his Engineering in Chemical Technology from Chaitanya Bharathi Institute of Technology, Osmania University (India). He has worked in several projects in New Zealand including plantation of native flora and Pest Management (2014); 'Love Your Water' program organized by Sustainable Coastline on cleaning of fresh and marine water bodies (2014); Composting and Vermi Composting for the Linton Park Community Centre under the guidance of Mr. Rick Mansell (Centre Coordinator, Linton Park Community Centre, Rotorua, New Zealand) in the year 2014. Under his reign, Green Waves Environmental Solutions has won multiple national and international awards such as – National Awards for its excellence in e-Waste Recycling at Indian Industry Session (at 8th Regional 3R Forum in Asia and the Pacific); Seva Puraskar award by Andhra Pradesh Pollution Control board for our great contribution towards sensitizing the people on E-waste management and for effective recycling of e-waste on world environmental day 2018 ; IconSWM Award for its excellence in E-Waste recycling : at 8th International Conference on Sustainable Waste Management, 22 November 2018, Acharya Nagajurna University, Guntur, Andhra Pradesh. He has delivered invited lectures and participated in workshops on waste management, E-waste, upcycling and nature conservation.

did his Bachelors in Physics, Bachelors in Optics and Optoelectronics and Masters in Optics and Optoelectronics from University of Calcutta, India in 1995, 1998 and 2000 respectively. He completed his Ph.D in Computer Science and Engineering from Jadavpur University, India in 2008. He is the recipient of the University Gold Medal from the University of Calcutta for his Masters. He is the recipient of several coveted awards including the Distinguished HoD Award and Distinguished Professor Award conferred by Computer Society of India, Mumbai Chapter, India in 2017, the Honorary Doctorate Award (D. Litt.) from the University of South America and the South East Asian Regional Computing Confederation (SEARCC) International Digital Award ICT Educator of the Year in 2017. He has been appointed the ACM Distinguished Speaker for the tenure 2018– 2020. He has been inducted into the People of ACM hall of fame by ACM, USA in 2020. He has been appointed as the IEEE Computer Society Distinguished Visitor for the tenure 2021– 2023. He has been elected as the full foreign member of the Russian Academy of Natural Sciences. He has been elected a full fellow of The Royal Society for Arts, Manufacturers and Commerce (RSA), London, UK. 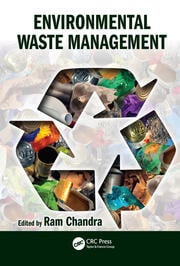 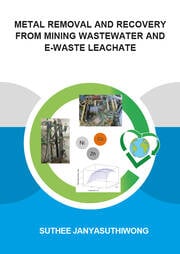