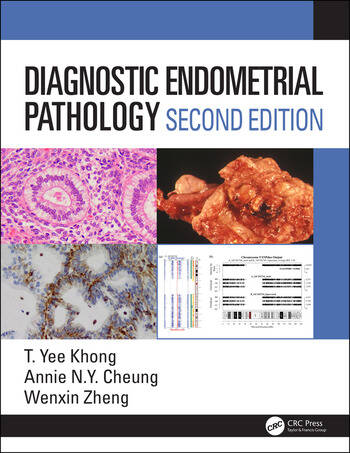 Endometrial cancer remains the most frequent gynaecological cancer in first world countries.This bench book on endometrial pathology distils the current literature to provide a practical text on endometrial pathology. Differential diagnosis is emphasised, and the clinical correlates of pathology are also stressed to make this a clinically useful book.Fully updated and including over 400 colour images, this book provides a valuable resource for the practising pathologist in general and community hospitals as well as in teaching hospitals.

Professor T. Yee Khong: Dr Khong is a Clinical Professor in the Department of Pathology and Department of Obstetrics and Gynaecology, University of Adelaide, and is a Senior Consultant at SA Pathology in Women’s and Children’s Hospital, Adelaide. He graduated MBChB from University of Sheffield Medical School and MSc in Immunology from University of London. He gained his MD with a recommendation from the University of Sheffield. He did his pathology training at the Royal Free Hospital and St George’s Hospital in London and at the John Radcliffe Hospital in Oxford, UK. Among his awards were Edgar Research Fellowship, awarded by Royal College of Obstetricians and Gynaecologists, and American Cancer Society Eleanor Roosevelt International Cancer Research Fellowship, awarded by International Union against Cancer (UICC).

Professor Cheung is Laurence L. T. Hou Professorship in Anatomical Molecular Pathology and Clinical Professor at the Department of Pathology, The University of Hong Kong (HKU). She is the key pathologist for gynecological histopathology and cytology in Queen Mary Hospital, Director of the HKU Cervical Cytology Laboratory and the University Pathology Laboratory (Molecular Pathology) as well as the Chief of Service of Pathology, HKU-Shenzhen Hospital.

Professor Cheung was an HKU MBBS graduate and continued her studies at HKU for her MD and PhD. She received her postgraduate gynecological pathology training in the University of Manchester, UK, Massachusetts General Hospital, Harvard Medical School and The Armed Forces Institute of Pathology, USA. Professor Cheung’s research focuses on ovarian, endometrial and cervical cancers as well as gestational trophoblastic disease, aiming at investigating diagnostic and prognostic markers as well as molecular targets for better therapy.

Professor Cheung is currently Standing Member, Editorial Board of WHO Classification of Tumours 5th Edition. She is also the Advisor to Executive Board, Asian Oceania Research on Genital Infections and Neoplasia and Immediate Ex-President of the Hong Kong College of Pathologists. Professor Cheung has been President of Hong Kong Society for Colposcopy and Cervical Pathology as well as Council Member of the International Federation for Cervical Pathology and Colposcopy and Council Member at Large of the International Society of Gynaecological Pathologists.

Dr Zheng has published more than 180 peer-reviewed articles in many prestigious scientific journals. His main scientific contributions include: (1) Defined and named the precancerous lesion of endometrial serous carcinoma; (2) Led the research of endometrial serous carcinogenesis; (3) Identified the tubal origin of low-grade ovarian serous carcinoma; (4) Defined the "initial endometriosis" as the earliest recognizable endometriosis in the ovary; (5) Developed "one stop cervical care" clinic for cervical cancer early detection and prevention. 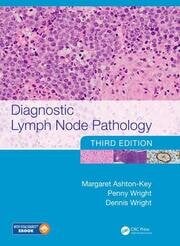