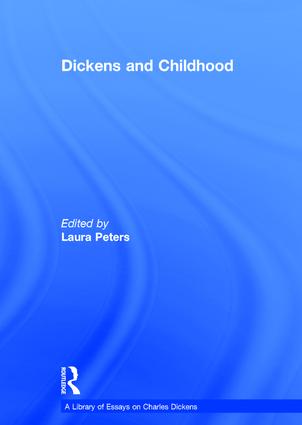 'No words can express the secret agony of my soul'. Dickens's tantalising hint alluding to his time at Warren's Blacking Factory remains a gnomic statement until Forster's biography after Dickens's death. Such a revelation partly explains the dominance of biography in early Dickens criticism; Dickens's own childhood was understood to provide the material for his writing, particularly his representation of the child and childhood. Yet childhood in Dickens continues to generate a significant level of critical interest. This volume of essays traces the shifting importance given to childhood in Dickens criticism. The essays consider a range of subjects such as the Romantic child, the child and the family, and the child as a vehicle for social criticism, as well as current issues such as empire, race and difference, and death. Written by leading researchers and educators, this selection of previously published articles and book chapters is representative of key developments in this field. Given the perennial importance of the child in Dickens this volume is an indispensable reference work for Dickens specialists and aficionados alike.

A Library of Essays on Charles Dickens

A Library of Essays on Charles Dickens