Diffusion Processes, Jump Processes, and Stochastic Differential Equations provides a compact exposition of the results explaining interrelations between diﬀusion stochastic processes, stochastic diﬀerential equations and the fractional inﬁnitesimal operators. The draft of this book has been extensively classroom tested by the author at Case Western Reserve University in a course that enrolled seniors and graduate students majoring in mathematics, statistics, engineering, physics, chemistry, economics and mathematical ﬁnance. The last topic proved to be particularly popular among students looking for careers on Wall Street and in research organizations devoted to ﬁnancial problems.

Wojbor A. Woyczyński earned his PhD in Mathematics in 1968 from Wroclaw University, Poland. He moved to the U.S. in 1970, and since 1982, has been the Professor of Mathematics and Statistics at Case Western Reserve University in Cleveland, where he served as chairman of the department from 1982 to 1991, and from 2001 to 2002. He has held tenured faculty positions at Wroclaw University, Poland, and at Cleveland State University, and visiting appointments at Carnegie-Mellon University, and Northwestern University. He has also given invited lecture series on short-term research visits at University of North Carolina, University of South Carolina, University of Paris, Gottingen University, Aarhus University, Nagoya University, University of Tokyo, University of Minnesota, the National University of Taiwan, Taipei, Humboldt University in Berlin, Germany, and the University of New South Wales in Sydney. He is also (co)author and/or editor of more than fifteen books on probability theory, harmonic and functional analysis, and applied mathematics, and currently serves as a member of the editorial board of the Applicationes Mathematicae, Springer monograph series UTX, and as a managing editor of the journal Probability and Mathematical Statistics. His research interests include probability theory, stochastic models, functional analysis and partial differential equations and their applications in statistics, statistical physics, surface chemistry, hydrodynamics and biomedicine in which he has published about 200 research papers. He has been the advisor of more than 40 graduate students. Among other honors, in 2013 he was awarded Paris Prix la Recherche, Laureat Mathematiques, for work on mathematical evolution theory. He is currently Professor of Mathematics, Applied Mathematics and Statistics, and Director of the Case Center for Stochastic and Chaotic Processes in Science and Technology at Case Western Reserve University, in Cleveland, Ohio, U.S.A. 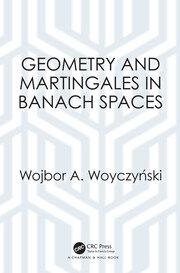