Despite the range of studies into grief and mourning in relation to the digital, research to date largely focuses on the cultural practices and meanings that are played out in and through digital environments. Digital Afterlife brings together experts from diverse fields who share an interest in Digital Afterlife and the wide-ranging issues that relate to this. The book covers a variety of matters that have been neglected in other research texts, for example:

Our lives are shaped by and shape the creation of our Digital Afterlife as the digital has become a taken for granted aspect of human experience. This book will be of interest to undergraduates from computing, theology, business studies, philosophy, psychology, sociology, and education from all types of institutions. Secondary audiences include researchers and postgraduate researchers with an interest in the digital.

At a practical level, the cost of data storage and changing data storage systems mitigate the likelihood of our digital presence existing in perpetuity. Whether we create accidental or intentional digital memories, this has psychological consequences for ourselves and for society. Essentially, the foreverness of forever is in question.

Maggi Savin-Baden is Professor of Higher Education Research at the University of Worcester. She has a strong publication record of over 50 research publications and 17 books.

Victoria Mason-Robbie is a Chartered Psychologist and an experienced lecturer having worked in the Higher Education sector for over 15 years. Her current research focuses on evaluating web-based avatars, pedagogical agents, and virtual humans.

Chapter 3 ◾ Posthumous Digital Material: Does It ‘Live On’ in Survivors’ Accounts of Their Dead?

Chapter 4 ◾ The Transition from Life to the Digital Afterlife: Thanatechnology and Its Impact on Grief

Chapter 5 ◾ Profit and Loss: The Mortality of the Digital Immortality Platforms

Maggi Savin-Baden is Professor of Education at the University of Worcester and has researched and evaluated staff and student experience of learning for over 20 years and gained funding in this area (Leverhulme Trust, JISC, Higher Education Academy, MoD). She has a strong publication record of over 50 research publications and 17 books which reflect her research interests on the impact of innovative learning, digital fluency, cyber-influence, pedagogical agents, qualitative research methods, and problem-based learning. In her spare time, she runs, bakes, climbs and attempts triathlons

Victoria Mason-Robbie (PhD CPsychol CSci AFBPsS FHEA) is a Chartered Psychologist with a range of research interests within the fields of Health Psychology and Education who has published widely in psychology, medical, and teaching journals. She is an experienced lecturer having worked in the Higher Education sector for over 15 years. Her current research focuses on evaluating web-based avatars, pedagogical agents, and virtual humans.

Elaine Kasket is a writer, speaker and counselling psychologist, a long-time scholar of death and the digital. She is the author of All the Ghosts in the Machine: Illusions of Immortality in the Digital Age and serves as Bereavement Lead for the Digital Legacy Association.

Mórna O’Connor is a final-year doctoral candidate at the Nottingham Centre for the Advancement of Palliative, Supportive and End-of-Life Care (NCARE) at the University of Nottingham. Mórna is interested in the role played by potentially vast and varied posthumous digital material in the negotiation of durable biographies and memories of the dead.

Carla Sofka is Professor of Social Work at Siena College.  She began writing about the impact of the Internet and technology on death education and grief counselling in the mid-1990’s, coining the term “thanatechnology” in 1996.  Her recent research has investigated the role of digital and social media in dealing with life-threatening and terminal illness, death, and grief.  In addition to co-editing and authoring several chapters in Dying, Death, and Grief in an Online Universe (2012), she has recently published and presented on issues related to digital immortality and digital legacy.

Debra Bassett is a PhD candidate at the University of Warwick. Her qualitative research into human-computer interaction looks at how the Internet enables the creation of posthumous digital memories and messages with blogs; vlogs; avatar creation and social network sites and how this digital endurance may affect how people grieve.

Edina Harbinja’s principal areas of research and teaching are related to the legal issues surrounding the Internet and emerging technologies. Edina is a pioneer and a globally recognised expert in post-mortem privacy, i.e. privacy of the deceased individuals. Her research has a policy and multidisciplinary focus and aims to explore different options of regulation of online behaviours and phenomena, including privacy and data protection, IP, contract law, property and succession.

Tal Morse teaches at Hadassah Academic College in Jerusalem. His research focuses on media and death, especially mediated death rituals. His book, The Mourning News: Reporting violent death in a global age was published by Peter Lang (New York) in 2017.

Gary Rycroft studied Law at the University of Manchester 1991-94, obtained a Post Graduate Diploma in Legal Practice from the College of Law at Chester in 1995 and qualified as a solicitor in England & Wales in 1998. He is the Senior Partner of Joseph A. Jones & Co, a Law Firm based in Lancaster. Gary is a former Chair of The Law Society Private Client Section Advisory Committee, which supports solicitors who specialise in Wills, Trusts & Probate. He was a Trustee of the National Council of Palliative care until the charity merged with Hospice UK in 2017 and continues to Chair the Dying Matters Forum for Hospice UK. Gary is often asked to write and comment on the law in newspapers, magazines, radio and television and is the resident Legal Expert on the BBC1 Consumer Affairs Programme Rip Off Britain.

David Burden has been involved in AI, VR and immersive environments since the 1990s. David set up Daden Limited in 2004 to help organisations explore and exploit the social and commercial potential of using chatbots, AI and virtual environments and has authored over a dozen papers on virtual worlds and AI.

John Reader is an Associate Research Fellow with the William Temple Foundation and Honorary Senior Lecturer with the Institute of Education at the University of Worcester. Recent publications include ‘A Philosophy of Christian Materialism’ cowritten with Baker and James (Routledge 2015) and ‘Theology and New Materialism’(Palgrave Macmillan 2017). He has also cowritten ‘Technology transforming Theology’ with Maggi Savin-Baden for the William Temple Ethical Dialogue series.

Petar Jandrić (PhD) is Professor and Director of BSc (Informatics) programme at the Zagreb University of Applied Sciences, Croatia. His previous academic affiliations include Croatian Academic and Research Network, National e-Science Centre at the University of Edinburgh, Glasgow School of Art, and Cass School of Education at the University of East London. He is Editor-in-Chief of the journal Postdigital Science and Education (Springer): https://www.springer.com/education+%26+language/journal/42438. Personal website: http://petarjandric.com/. 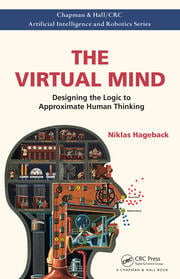 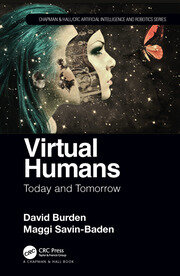 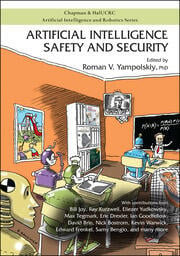