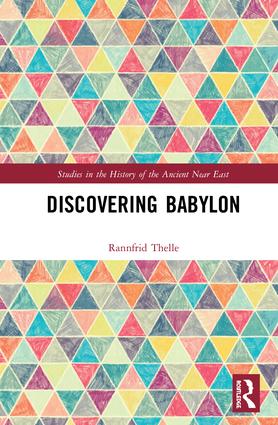 This volume presents Babylon as it has been passed down through Western culture: through the Bible, classical texts, in Medieval travel accounts, and through depictions of the Tower motif in art. It then details the discovery of the material culture remains of Babylon from the middle of the 19th century and through the great excavation of 1899-1917, and focuses on the encounter between the Babylon of tradition and the Babylon unearthed by the archaeologists. This book is unique in its multi-disciplinary approach, combining expertise in biblical studies and Assyriology with perspectives on history, art history, intellectual history, reception studies and contemporary issues.

"Rannfrid Thelle tells the fascinating story of Babylon in the Western imagination and how images of that ancient city have interacted with the realities of history from antiquity to today. Full of engrossing detail, ranging from biblical accounts to the contemporary art of Michael Rakowitz, Thelle's story provides an important backdrop against which to reflect on the tragic events of modern Iraqi history---from the Babylon-obsessed dictatorship of Saddam Hussein to the destruction wrought by the American-led invasion and the rampage of the Islamic State."

Chapter 5: The Discovery of Mesopotamia

Chapter 6: From the Sources of Babylon

Chapter 9: Back to the Future

Appendix 1. Ancient Texts Referred to in the Book

Appendix 4. Important Dates in the History of Babylon

Rannfrid Thelle is Assistant Professor in the Department of Women’s Studies and Religion at Wichita State University in Wichita, Kansas, USA.

Studies in the History of the Ancient Near East

Advisory Board of Associate Editors

Studies in the History of the Ancient Near East

provides a global forum for works addressing the history and culture of the Ancient Near East, spanning a broad period from the foundation of civilisation in the region until the end of the Abbasid period. The series includes research monographs, edited works, collections developed from conferences and workshops, and volumes suitable for the university classroom.