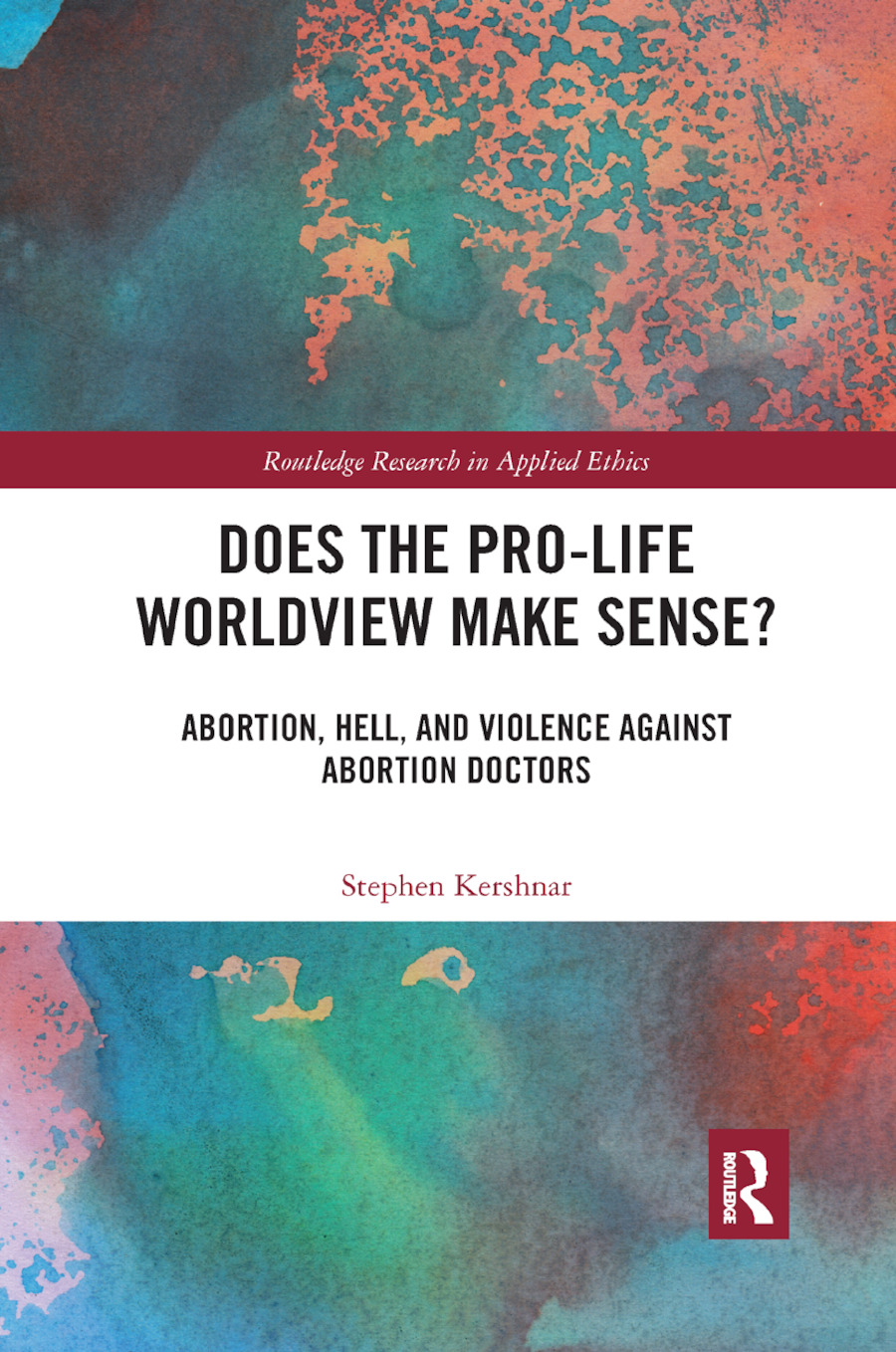 Does the Pro-Life Worldview Make Sense?

This book looks at a family of views involving the pro-life view of abortion and Christianity. These issues are important because major religious branches (for example, Catholicism and some large branches of Evangelicalism) and leading politicians assert, or are committed to, the following: (a) it is permissible to prevent some people from going to hell, (b) abortion prevents some people from going to hell, and (c) abortion is wrong. They also assert, or are committed to, the following: (d) it is permissible to use defensive violence to prevent people from killing innocents, (e) doctors who perform abortions kill innocents, and (f) it is wrong to use defensive violence against doctors who perform abortions. Stephen Kershnar argues that these and other principles are inconsistent. Along the way, he explores the ways in which theories of hell, right forfeiture, and good consequences relate to each other and the above inconsistencies.

Stephen Kershnar is a distinguished teaching professor in the philosophy department at the State University of New York at Fredonia and an attorney. He is the author of seven books, including Gratitude toward Veterans: A Philosophical Explanation of Why Americans Should Not Be Very Grateful to Veterans (2014).