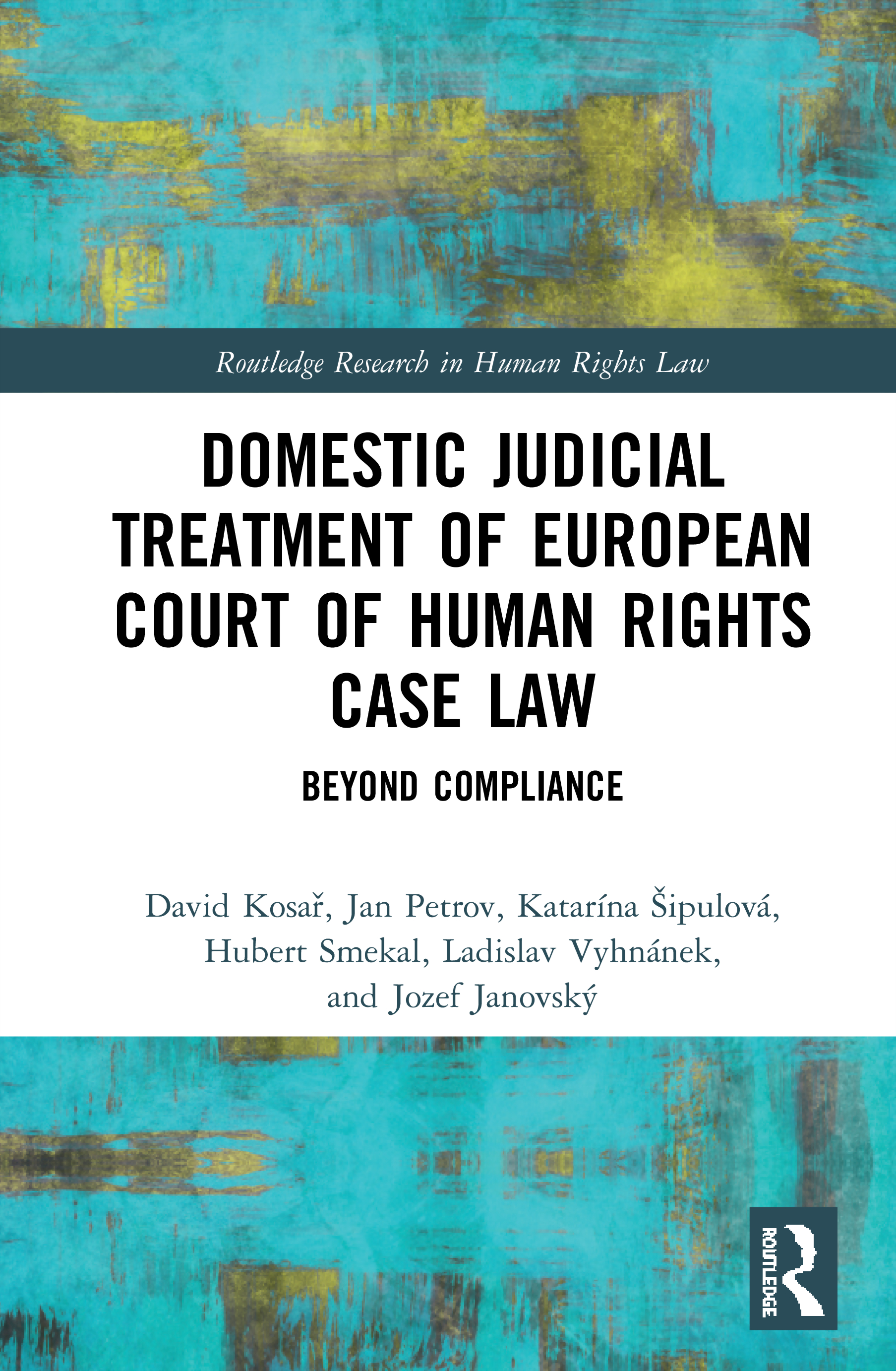 The European Court of Human Rights (“ECtHR”) suffers from the burgeoning caseload and challenges to its authority. This two-pronged crisis undermines the ECtHR’s legitimacy and consequently the functioning of the whole European human rights regime. Domestic courts can serve as welcome allies of the Strasbourg Court. They have a potential to diffuse Convention norms domestically, and therefore prevent and filter many potential human rights violations. Yet, we know very little about how domestic courts actually treat the Strasbourg Court’s rulings. This book brings unique empirical findings on how often, how and with what consequences domestic judges work with the ECtHR’s case law. It moves beyond the narrow concept of compliance and develops a new three-level methodology for analysing the role played by domestic courts in the implementation of ECtHR case law. Moreover, using the example of Czechia, it shifts the attention from Western countries to a more volatile Central and Eastern European region, which has recently witnessed democratic backsliding and backlash against international checks on human rights and the rule of law standards. Looking at a wider social and legal context, this book identifies factors helping transitional countries to adapt to regional human rights regimes.

The work will be an essential resource for students, academics and policy-makers working in the areas of Constitutional law, Politics and Human Rights law. Its global appeal is enhanced by the methodological framework which is applicable in other international systems.

PART ONE: IMPLEMENTATION OF THE STRASBOURG RULINGS: THEORETICAL FRAMEWORK;

1. Architecture of the Strasbourg System of Human Rights;

2. The Role of Domestic Courts in the Strasbourg System;

4. Research Design – How to Study Judicial Implementation. A Prologue to the Case Study on Czechia;

5. The Supreme Court – The Story of a (Post)communist Cinderella;

6. The Supreme Administrative Court: A New Kid on the Block;

9. Beyond Judicial Compliance: Domestic Courts in the ECHR Regime;

David Kosař is the Head of the Judicial Studies Institute at Masaryk University Faculty of Law, Czechia.

Hubert Smekal is an Assistant Professor at the Faculty of Social Studies and Senior Researcher at the Judicial Studies Institute, Masaryk University, Czechia.

Ladislav Vyhnánek is an Assistant Professor at Masaryk University Faculty of Law, Czechia.

Jozef Janovský holds masters in Applied Statistics (the University of Oxford), and political science (Masaryk University). He works in various quantitative roles in both public and private sector.