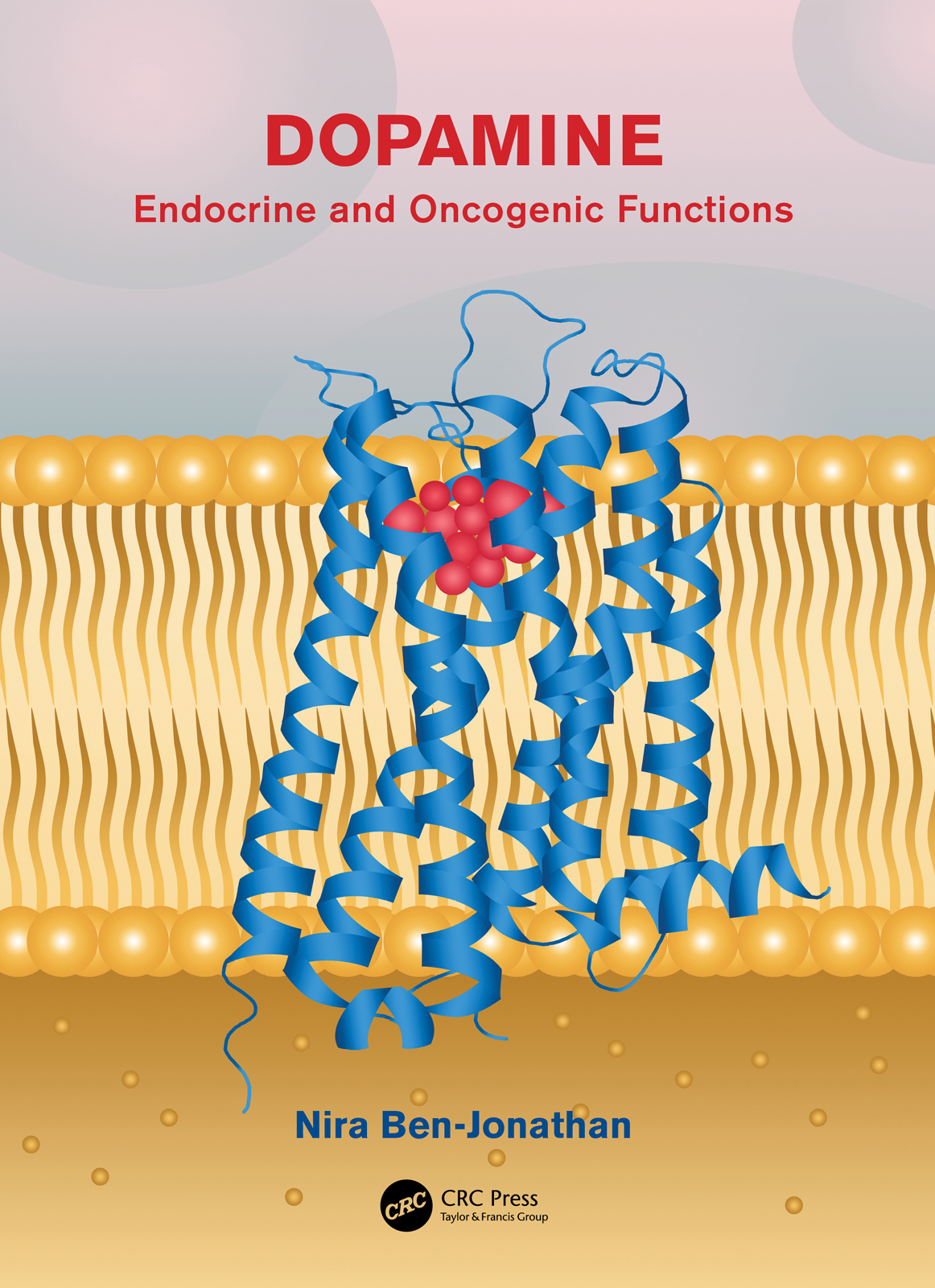 Dopamine is a small molecule traditionally regarded as a brain-derived neuronal modulator implicated in many neurological and psychiatric disorders. Outside the brain, dopamine fulfills all the criteria of a circulating hormone which affects normal and abnormal functions of multiple organs and regulatory systems and is also involved in many aspects of cancer formation and progression. The book provides a systematic account of dopamine as an endocrine and autocrine/paracrine hormone and fills a much needed gap in the overall understanding of the production, distribution and actions of this very important molecule.

2: Dopamine receptors and their signaling.

Chapter 8: Regulation of reproduction by dopamine.

Chapter 12: Actions of dopamine on other cancers. Summary and Perspectives

Dr Nira Ben-Jonathan is Professor of Cancer Biology and Internal Medicine at the University of Cincinnati Medical School. She has published over 175 scholarly papers and reviews, edited a book - Catecholamines as Hormone Regulators - and contributed 14 chapters to medical textbooks and encyclopedias. She trained as a neuro-endocrinologist and endocrine physiologist and has focused her studies on prolactin, dopamine, endocrine disruptors, and other hormones as they affect brain, pituitary, and peripheral tissues, using cells, animal models and human tissues. More recently her focus has shifted to the role of hormones and signaling pathways in breast cancer and head and neck cancer. She has also been studying adipose tissue and human obesity. Dr Ben-Jonathan has served on many journal editorial boards and committees of scientific societies, reviewed manuscripts for dozens of journals. In 1992, she was elected chairman of the Gordon Research Conference on Prolactin. She has also been elected as a Fellow of the AAAS, and the Fellow of the Royal Society of Medicine. The University of Cincinnati awarded her the Rieveschl Award for Outstanding Scientific Research. She was selected to the Edward Merker Lectureship in Translational Endocrinology by the Mount Sinai School of Medicine, New York.