Dragonwars
Armed Struggle and the Conventions of Modern War 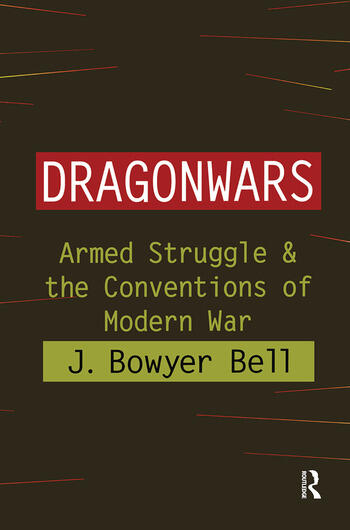 Dragonwars: Armed Struggle and the Conventions of Modern War

For centuries international order has been troubled by small wars, insurrections, and revolts--low intensity conflicts. With the implosion of the Soviet empire many thought such violence could be eradicated through the growth of democracy, open societies, and increased productivity and education. Instead the world remains filled with turmoil, pogroms, famine, civil war, rebellion, and terror, often instigated by armed and dangerous zealots. To Americans such killers seem alien and inexplicable, fanatics without reason, beyond the reach of conventional containment or retaliation. J. Bowyer Bell here explores the psychological and strategic ecosystems (which he terms dragon worlds) of modern political violence and suggests how America might effectively deal with it.Dragonwars combines analysis with historical examples drawn from America's involvement with armed struggle in Lebanon, Central Am-erica, Greece, and Vietnam. In each instance, Bell argues, American policy was flawed by lack of empathy and historical understanding combined with a belief that failure could be traced to mistakes in details and procedures. The break up of the old bipolar U.S.-Soviet confrontation released suppressed ambitions, tribal greed, and greater flexibility for the small player. With new technologies of terror, zones of security will become smaller, since open societies present attractive targets for zealots. Bell rejects the notion that massive force can effect a swift and final result. Instead, a new type of warrior will be required; one versed in history and empathetic to the belief-systems of the dragonworlds in which they are deployed.Bell acknowledges that his proposals run counter to American belief and practice, but argues that in the face of insoluble conflicts, incremental advantages, through limited altered global arena, Dragonwars will prove an indispensable guide for policymakers, military planners, historians, and political scientists.