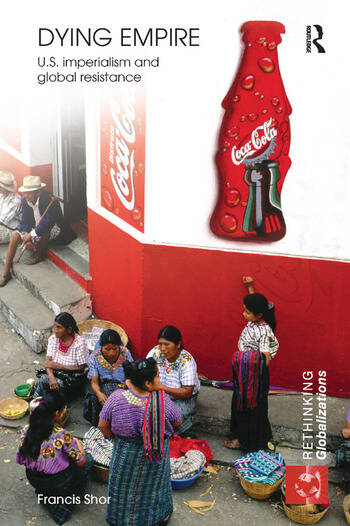 Presenting a wide-ranging synthesis of approaches, the book attempts to shed light on the construction of and challenges to the military, economic, and cultural imperial projects of the United States in the late 20th and early 21st centuries. Opposing US imperialism and global domination, Francis Shor combines academic and activist perspectives to analyze the crises endemic to empire and to propose a vision for the realization of another more socially just world. The text incorporates the most recent critical discussions of US imperialism and globalization from above and below to illuminate the practices and possibilities for global resistance.

Offering insights into the political and cultural convulsions of recent decades whilst raising profound and compelling questions, this book will be of interest to activists, students, and scholars of American political culture, US foreign policy, globalization, imperialism, international relations, and social movements.

Part 1: Imperial Constructions and Deconstructions  1. Imperial Burdens: Constructing and Contesting the U.S. Empire  2. Fortress America Redux: Breaking Down Imperial and Civic Enclosures  3. Afflicted Solidarities: Contradictions in Local and Global Citizens Movements  Part 2: Whose Globalization?  4. U.S. Military Imperialism and the Pursuit of Global Dominance  5. U.S. Economic Imperialism and Global Inequities  6. U.S. Cultural Imperialism and Global Dissonance  Part 3: Other Publics, Other Worlds  7. Transnational Counterpublics and the Globalization of Resistance  8. Is Another World Possible?  Conclusion: It’s the End of the World as We Know It

Francis Shor is a Professor of History at Wayne State University, USA.

'A timely and highly engaging book. Shor draws from a wealth of cultural konwledge and political experience. He offers an extensive consideration of a variety of cultural material ranging from works by Marge Piercy, James Baldwin, Bob Marley, among others. It is this feature of the book that many readers will find most appealing, and that makes this text one that will be highly effective in undergraduate and graduate courses on contemporary world politics and global social change.' - Jackie Smith, Journal of World-Systems Research, Vol. 17, 2, 2011

'As Americans try to make sense of today's pressing global economic and environmental crises, Dying Empire provides an engaging and accessible framework through which readers can understand the United States role in the world. Drawing from a refreshing range of social science and cultural materials (including Marge Piercy and Bob Marley, among others), Shor articulates a convincing and passionate call for Americans to embrace global citizenship.' - Jackie Smith, Professor of Sociology, University of Pittsburgh, USA.

'Clearly written, and indicting both the domestic and global predations of American imperialism, Dying Empire is critical, provocative and decisively to the point. Focusing too on the multifold forms and instances of resistance to empire, this cautiously optimistic book is extensive in its theoretical and political coverage. One doesn’t have to agree with all of its positions to learn from Dying Empire, or to be inspired by its trenchant statement of possible alternatives to capitalism.' - Professor Neil Smith, CUNY Graduate Center, New York author, Endgame of Globalization