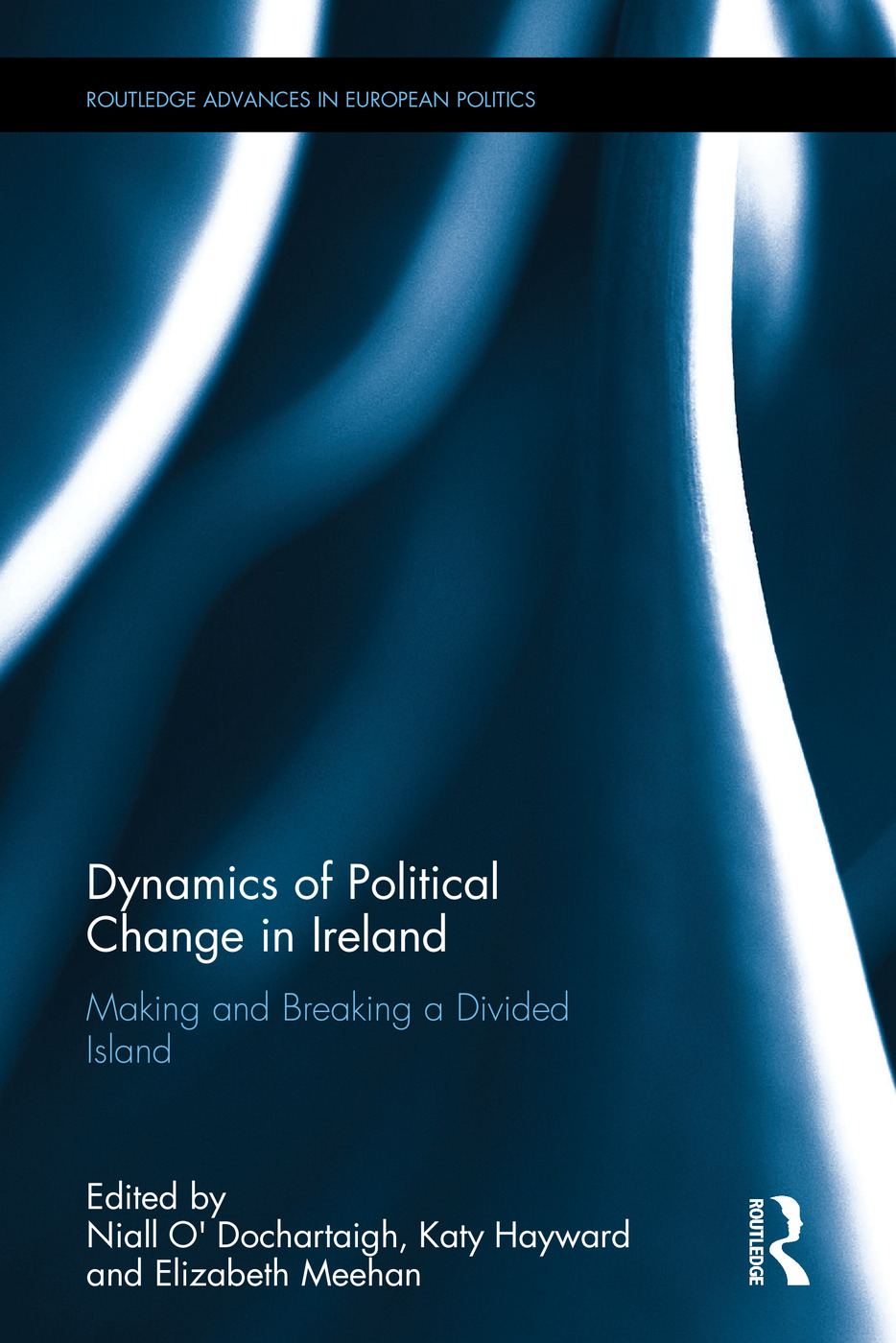 Dynamics of Political Change in Ireland

This book examines the interrelated dynamics of political action, ideology and state structures in Northern Ireland and the Republic of Ireland, emphasising the wider UK and European contexts in which they are nested. It makes a significant and unique contribution to wider European and international debates over state and nation and contested borders, looking at the dialectic between political action and institutions, examining party politics, ideological struggle and institutional change. It goes beyond the binary approaches to Irish politics and looks at the deep shifts associated with major socio-political changes, such as immigration, gender equality and civil society activism. Interdisciplinary in approach, it includes contributions from across history, law, sociology and political science and draws on a rich body of knowledge and original research data.

This text will be of key interest to students and scholars of Irish Politics, Society and History, British Politics, Peace and Conflict studies, Nationalism, and more broadly to European Politics.

3. The EU Context of Change in State and Nation Post-1973 [Brigid Laffan]

4. The Effectiveness of the Agreement: International Conditions and Contexts [Jennifer Todd]

7. The Changing Nature of Electoral Competition in Ireland [Michael Gallagher]

9. Nationalist in the North and Socialist in the South? Examining Sinn Féin’s Support Base on Both Sides of the Border [John Garry]

13. Nations, Citizens and ‘Others’ on the Island of Ireland [Katy Hayward and Kevin Howard]

Niall Ó Dochartaigh is Senior Lecturer in the School of Political Science and Sociology at the National University of Ireland, Galway, Ireland, and convener of the ECPR Standing Group on Political Violence.