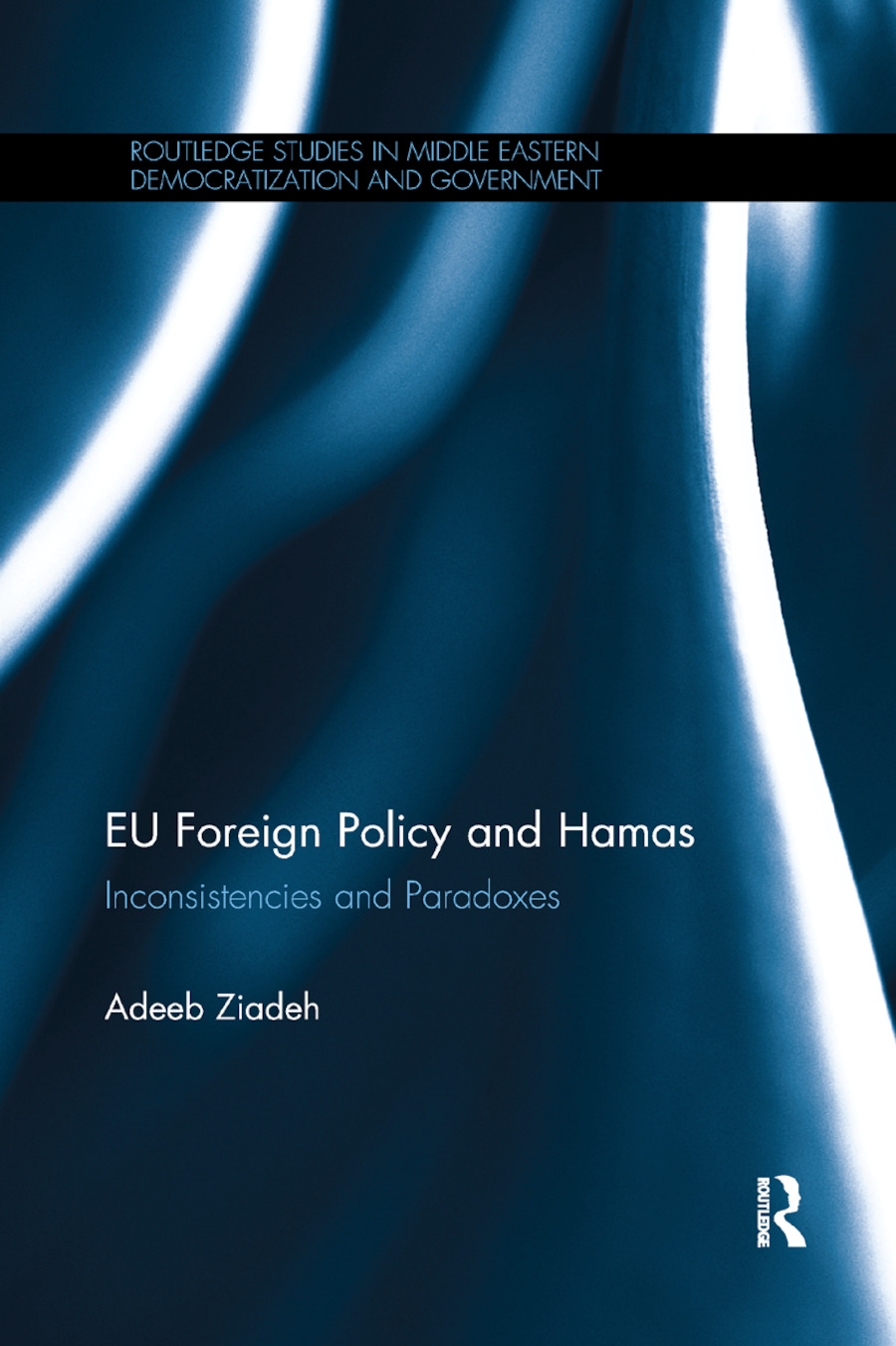 Shortly after the overwhelming victory of Hamas in the 2006 parliamentary and municipal elections, civil war broke out in the Gaza Strip between members of the two factions, Hamas and Fatah. The EU, along with the US, UN and Russia, not only gave its support to Fatah against Hamas, but also imposed a tough siege on the Hamas government in an attempt to force it to accept the Quartet’s political conditions, described by Hamas leaders as unfair and impossible. Many observers are convinced that the EU’s behaviour in this matter has been unreasonable and has conflicted with the EU’s own democratic beliefs and values.

This book sheds light on the EU’s policies in Palestine mainly from 2003- 2013, and provides a thorough examination of the inconsistencies and paradoxes in the EU discourse towards Hamas, and the determinants underlying such contradictions. It explores the reasons behind the EU labelling the Hamas a terrorist organization and discusses why the EU has boycotted its democratically elected body since 2006. Significantly, the book looks at whether the EU jeopardized its reputation and contravened its core normative values and objectives (democracy promotion, human rights, the rule of law and fundamental freedoms) by such a categorisation of Hamas.

Exploring the EU’s policy towards Hamas is vital for understanding how the relationship between the EU and the rest of the Islamists in the Middle East is perceived, as it enables both sides to have a cognitive basis upon which to construct better relations. This book, based upon a vast spread of primary EU documents and interviews, will therefore be a valuable resource for those studying the Arab Israeli conflict, Political Islamic movements, the Middle East Peace Process, and anyone with an interest in European Union Foreign Policy.

2. The Formation of the EU Foreign Policy towards Palestine

3. Inconsistency of the EU Discourse regarding Hamas

5. The EU’s Perception of Israel as a Self-Driving Determinant of the EUFP towards Hamas

6. US Influence on the EU regarding Hamas: Analytical Perspective

Adeeb Ziadeh is an independent researcher and consultant in European-Middle Eastern Politics who received his PhD in politics from the University of Exeter. His areas of interest include EU foreign and domestic affairs, political Islam, democratization, terrorism and resistance, and issues in international relations.