No one can disagree that benefits are good things. Whether you are responsible for projects, programs, or portfolios, you are increasingly expected to think—and act—in an appropriate benefits-driven way. However:

This book describes how Earned Benefit Program Management techniques provide an innovative, all-inclusive model and set of tools developed specifically to answer these questions. This model consolidates the key concepts of project, program, and portfolio management and ensures that all program and portfolio management steps are carried out based on a single, signed-off model in a consistent, verifiable manner within a consolidated life cycle. This approach guarantees alignment with strategic goals and constraints through every stage of a program.

Case studies highlight the key features of the approach and provide important lessons and insights for managing programs. Although the ideas and concepts for each topic are fully consistent with existing standards and other published material, they are based on new thinking and go beyond current practice. They provide a set of original and powerful techniques that are applicable to both programs and portfolios in a wide range of business environments.

ICE and the Benefits Realization Map (BRM)
Modeling the Value of the Options
The Next Step: Tracking the Work

14. Stakeholder Analysis
Stakeholder Interest and Power
Mapping the Analysis onto the Model
QERTS Example
From Analysis to Communications

Crispin Piney (known as "Kik") has been involved in the project world since joining the IT Group at CERN, the European Laboratory for Particle Physics, in the 1970s, working on cutting-edge development projects. He later moved to the Digital Equipment Corporation (DEC), initially in England, before relocating to DEC’s European technical centre in the south of France. While he was with DEC, Kik gained a deeper understanding of the importance of methodology, business alignment, and stakeholder relationship management.

After the acquisition of DEC by Compaq, Kik left in 2000 and set up as an independent consultant and trainer in project management. He invested enthusiasm, time, and effort working as a volunteer with the Project Management Institute (PMI®) on the majority of their standardization efforts, from the Organizational Project Development Management Maturity Model (OPM3®) through each the standards for projects, for programs, and for portfolio management (he was listed as a "significant contributor" for the first edition of both the program and the portfolio standards). He also contributed actively to the PMI competency development framework, the lexicon, and the Practice Guide for Scheduling. He is one of the three authors of PMI®’s Practice Guide for Project Risk Management. Kik gained his Project Management Professional (PMP®) certification with PMI prior to leaving DEC. He later became the first person in France to acquire the corresponding certifications for programs (PgMP®) and, when it became available, for portfolios (PfMP®).

He has published a number of articles ranging across all aspects of projects, programs, and portfolios. He has presented at most PMI® EMEA congresses since 2002, as well as at regional events. Additionally, Kik provides training on a wide range of topics in the project management space. He has developed and delivered courses across a broad range of industries including construction, perfumery, information technology, steelworks, aviation, packaging, electronics, and banking. His approach to understanding and expanding the field of knowledge in the area of project, program, and portfolio management is based on the following principles: 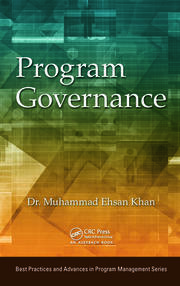 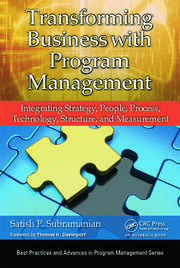 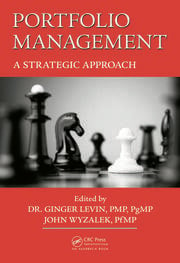