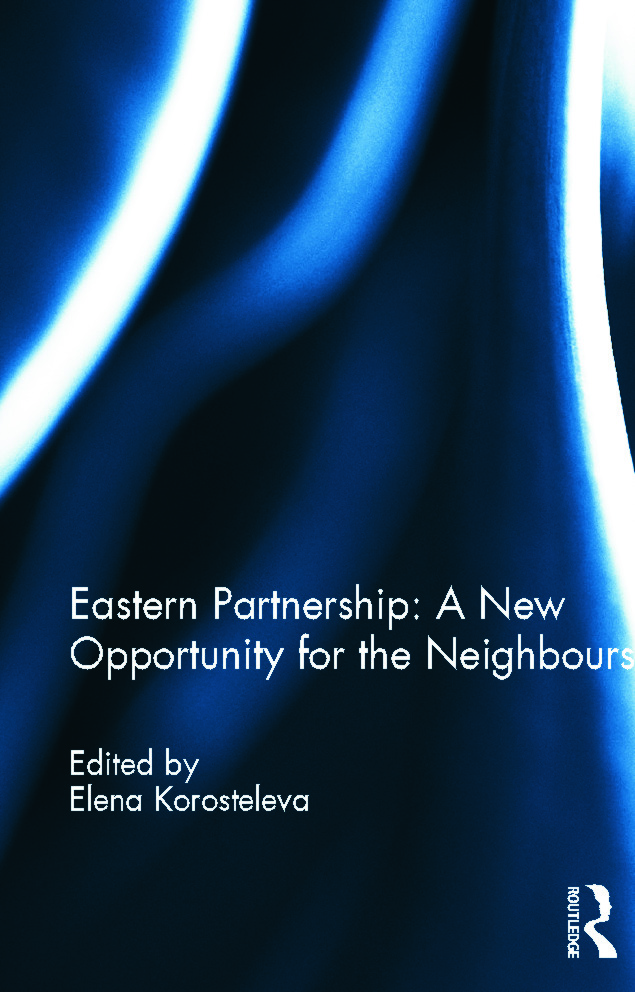 Eastern Partnership: A New Opportunity for the Neighbours?

This volume offers a collective assessment of the development and impact of the European Neighbourhood Policy and the Eastern Partnership Initiative on its eastern neighbours - Belarus, Ukraine and Moldova in particular, with Russia’s added perspective. Founded on extensive empirical and conceptual research, the volume uniquely bridges the perspectives of all parties across the EU’s eastern border, in an attempt to understand advantages and problems related to the effective implementation of the EU policies in the eastern region. The undertaken research points to the prevalence of the top-down and conditional governance approach in EU treatment of the outsiders, which is not only Eurocentric and prescriptive in nature, but also falls short of the declared partnership principles. Without the understanding of partners’ internal dilemmas and needs, which could only be achieved through the equivalence and reciprocity of partnership, the EU would struggle to make the policy effective and legitimate in the region, and to buttress its reputation as a ‘credible force for good’ on the international arena.

This book was published as a special issue of the Journal of Communist Studies and Transition Politics.

'This is a valuable volume with some fantastic, if not particularly cheering, insight into the pervasive dysfunctionalities of EU policy towards a region that has every right to consider itself European.' - Luke March, International Affairs, Vol. 88, 2, March 2012

1. The Eastern Partnership Initiative: A New Opportunity for the Neighbours? Elena Korosteleva 2. Contested Neighbourhood or How to Reconcile the Differences Tanya Radchuk 3. Ukraine and the Eastern Partnership: ‘Lost in Translation? Oleksander Stegniy 4. Belarus in the Context of the European Neighbourhood Policy: Between the EU and Russia David Rotman and Natalia Veremeeva 5. Moldova under the European Neighbourhood Policy: "Falling between stools?" Olga Danii and Mariana Mascauteanu 6. Russia-EU Relations or How the Russians Really View the EU Sergey Tumanov, Alexander Gasparishvili and Elena Romanova 7. Eastern Europe between East and West Ronald J. Hill 8. The EU and Eastern Europe: Forging a Sustainable Future? Stephen White

Elena Korosteleva is Senior Lecturer in European Politics and Director of the Centre for European Studies at Aberystwyth University. She is the author and editor of a number of books, with the focus on democratisation and EU foreign policy. She is the Principal Investigator of the ESRC-funded project ‘Europeanising or Securitising the Outsiders? Assessing the EU’s Partnership-Building Approach with Eastern Europe’ (RES-061-25-0001).