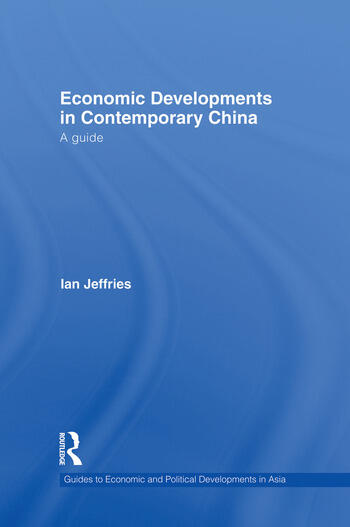 Ian Jeffries is Honorary Professor in the Department of Economics in the School of Business and Economics at Swansea University, UK. He is the author of numerous books in the series, Guides to Economic and Political Developments in Asia, including volumes on North Korea, Vietnam, China and Mongolia.

Praise for Ian Jeffries' China: A Guide to Economic and Political Developments (2006):

"This book is highly useful not only to casual China watchers [...] but also to researchers and academics [...] an engrossing guide." – Marc Lanteigne, International Affairs