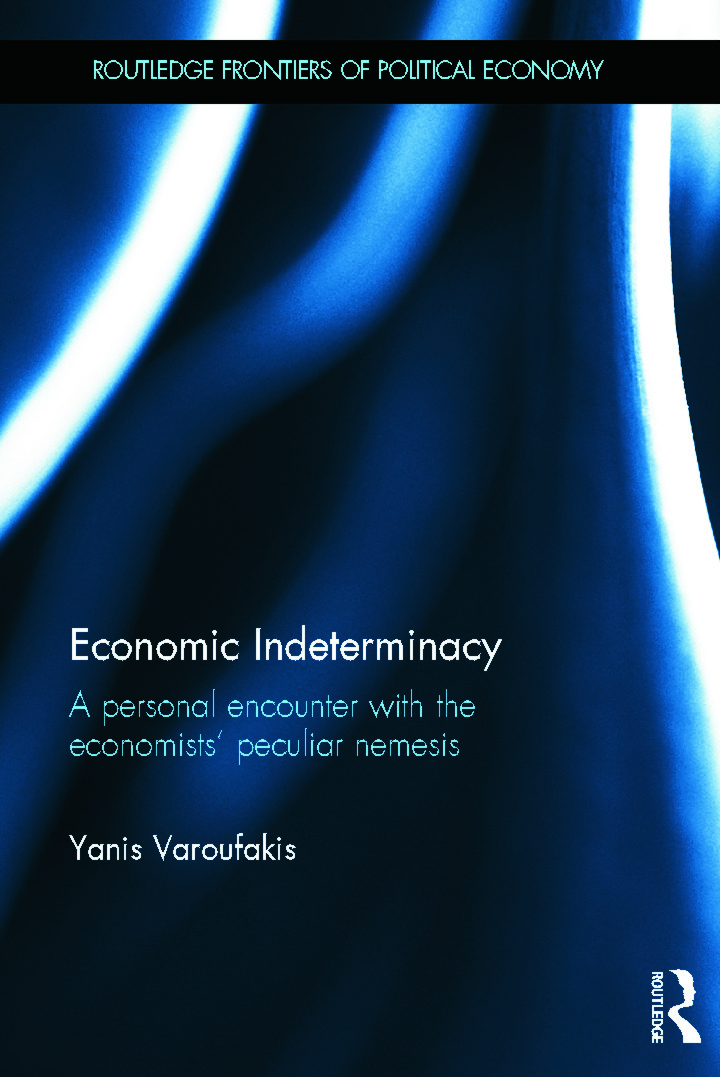 A personal encounter with the economists' peculiar nemesis, 1st Edition

This volume is a collection of some of the best and most influential work of Yanis Varoufakis. The chapters all address the issue of economic indeterminacy, and the place of a socialized Homo Economicus within the economy. The book addresses Varoufakis’ key interpretation regarding the way in which neoclassical economics deals with the twin problems of complexity and indeterminacy. He argues that all neoclassical modelling revolves around three meta-axioms: Methodological individualism, Methodological instrumentalism and the Methodological Imposition of Equilibrium.

Each chapter is preceded by an introduction, which explains its place within the overarching theme of the book. The volume also includes a lengthy introduction, plus a concluding chapter focusing on the future of economics. It will be a key work for all students and researchers in the field of political economy and economic methodology.

1. Introduction: The Dance of the Meta-axioms and its pivotal role in modern economics 2. Rational Conflict (On the impossibility of a determinate theory of costly disagreement) 3. Unity is Strength (It is also the cause of indeterminate wage and employment trades union targets) 4. No Bluffs Please, We are Economists (Why bluffs and other subversive acts preclude determinate game theoretical analyses) 5. Bargaining by rules of Thumb (When strategic indeterminacy forces the rational negotiator to fall back on rules of thumb) 6. Marxists and the Sirens' Song (When disgruntled Marxists reach for game theory's toolbox they get more than they bargained for) 7. A Theory of Solidarity (Why indeterminacy is a prerequisite for genuine solidarity) 8. The Power of What Others Think 9. The Social Foundations of Corruption (On the indeterminate power of what others think) 10. Evolving Morals in the Labatory 11. Evolving Domination in the Labatory 12. On the Distinction between Evolution and History 13. Conclusion

Yanis Varoufakis is Professor of Economic Theory and Director of the Department of Political Economy within the Faculty of Economic Sciences of the University of Athens, Greece.