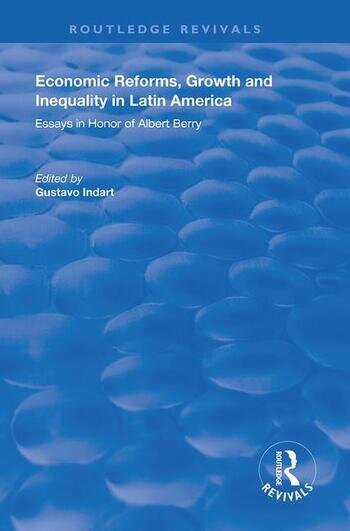 Originally published in 2004. Growth, income distribution, and labour markets are issues of pivotal importance in the Latin American context. Examining unique theoretical issues and the empirical evidence, this book provides a critical analysis of the key elements of income distribution determinants, labour market functions, trade policies, and their interrelations. As the advance of globalization becomes seemingly unstoppable, this book provides an important reappraisal of the impact of this new phenomenon, and in particular, the pernicious impact it may have on income growth and distribution. The key objective of the volume is to integrate more fully the analysis of trade and labour market economists, in order to better understand the labour market and income distribution implications of globalization and international integration. Forty years after the early calls to appropriately investigate the micro foundations of macroeconomics, the separation of the two at the policy level is more damaging than ever before - particularly for developing regions; this volume therefore makes an important contribution at the theoretical and policy levels by bringing together macroeconomic and microeconomic analyses.