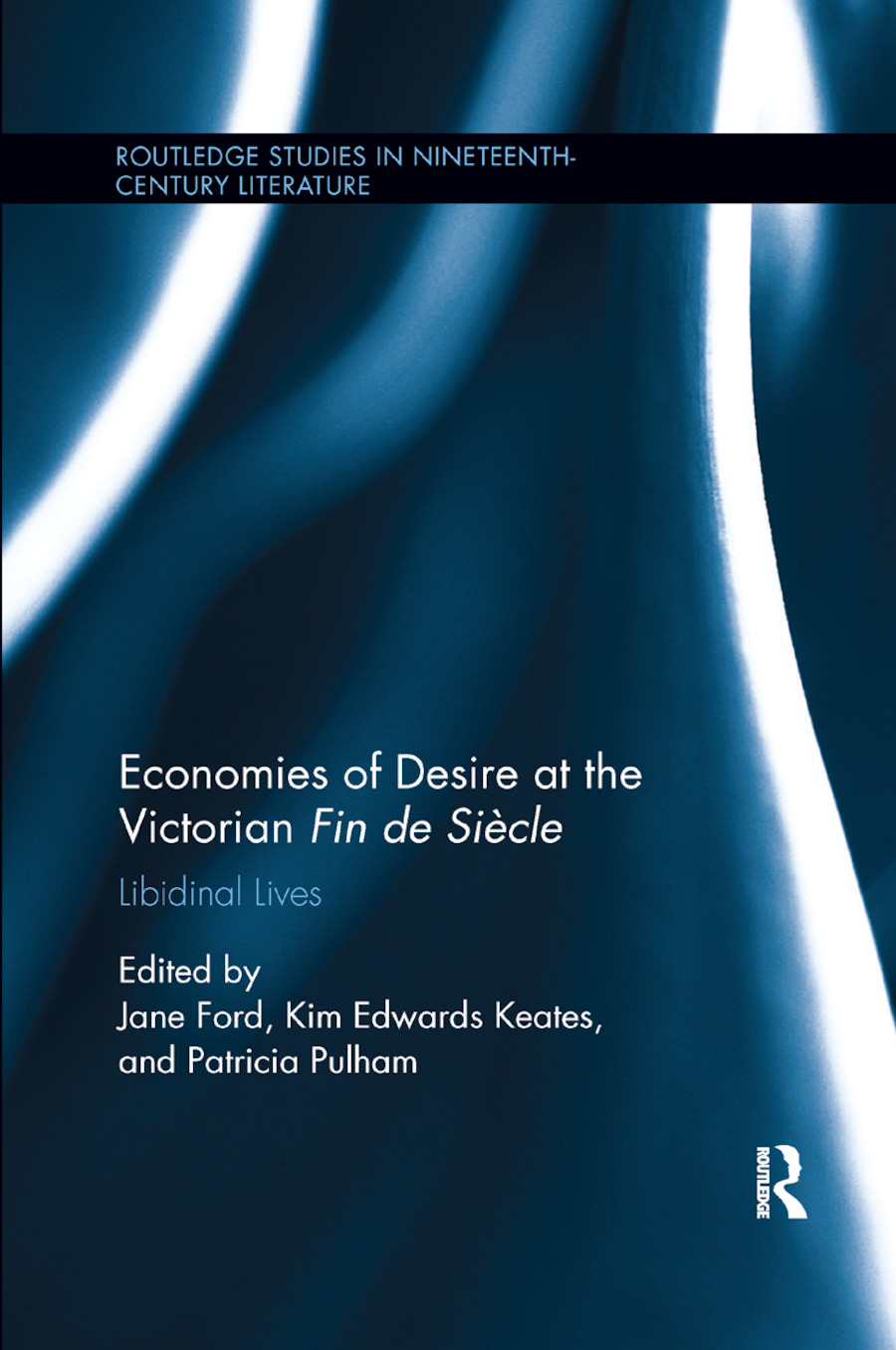 Economies of Desire at the Victorian Fin de Si�e

This volume marks the first sustained study to interrogate how and why issues of sexuality, desire, and economic processes intersect in the literature and culture of the Victorian fin de siècle. At the end of the nineteenth-century, the move towards new models of economic thought marked the transition from a marketplace centred around the fulfilment of ‘needs’ to one ministering to anything that might, potentially, be desired. This collection considers how the literature of the period meditates on the interaction between economy and desire, doing so with particular reference to the themes of fetishism, homoeroticism, the literary marketplace, social hierarchy, and consumer culture. Drawing on theoretical and conceptual approaches including queer theory, feminist theory, and gift theory, contributors offer original analyses of work by canonical and lesser-known writers, including Oscar Wilde, A.E. Housman, Baron Corvo, Vernon Lee, Michael Field, and Lucas Malet. The collection builds on recent critical developments in fin-de-siècle literature (including major interventions in the areas of Decadence, sexuality, and gender studies) and asks, for instance, how did late nineteenth-century writing schematise the libidinal and somatic dimensions of economic exchange? How might we define the relationship between eroticism and the formal economies of literary production/performance? And what relation exists between advertising/consumer culture and (dissident) sexuality in fin-de-siecle literary discourses? This book marks an important contribution to 19th-Century and Victorian literary studies, and enhances the field of fin-de-siècle studies more generally.

Jane Ford has taught across the undergraduate English Literature curriculum at the University of Portsmouth, UK and, more recently, Keele University, UK. Her current work focuses on metaphors of economic exploitation and domination in fin-de-siècle writing and she has written chapters and articles on Vernon Lee, Lucas Malet and Bertram Mitford.

is a sessional tutor at Liverpool John Moores University, UK. She has published in Dickens and Modernity, recently co-edited the Victorian Periodicals Review special issue, "Digital Pedagogies: Building Learning Communities for Studying Victorian Periodicals" (2015), and is Bibliographer (with Clare Horrocks) of Dickens Quarterly

is Reader in Victorian Literature at the University of Portsmouth, UK. She is author of Art and the Transitional Object in Vernon Lee’s Supernatural Tales (2008), and has published articles on a range of nineteenth-century writers including William Hazlitt, Thomas Hardy, Nathaniel Hawthorne and Olive Custance. She has co-edited several collections of essays, most recently, "Decadent Crossings", a Special Issue of Symbiosis (October, 2012), and of a four-volume Routledge facsimile collection: Spiritualism, 1840-1930 published in 2013.