All modern books on Einstein emphasize the genius of his relativity theory and the corresponding corrections and extensions of the ancient space–time concept. However, Einstein’s opposition to the use of probability in the laws of nature and particularly in the laws of quantum mechanics is criticized and often portrayed as outdated.

The author of Einstein Was Right! takes a unique view and shows that Einstein created a "Trojan horse" ready to unleash forces against the use of probability as a basis for the laws of nature. Einstein warned that the use of probability would, in the final analysis, lead to spooky actions and mysterious instantaneous influences at a distance. John Bell pulled Einstein’s Trojan horse into the castle of physics. He developed a theory that together with experimental results of Aspect, Zeilinger, and others "proves" the existence of quantum nonlocalities, or instantaneous influences. These have indeed the nature of what Einstein labeled spooky.

Einstein Was Right! shows that Bell was not aware of the special role that time and space–time play in any rigorous probability theory. As a consequence, his formalism is not general enough to be applied to the Aspect–Zeilinger type of experiments and his conclusions about the existence of instantaneous influences at a distance are incorrect. This fact suggests a worldview that is less optimistic about claims that teleportation and influences at a distance could open new horizons and provide the possibility of quantum computing. On the positive side, however, and as compensation, we are assured that the space–time picture of humankind developed over millions of years and perfected by Einstein is still able to cope with the phenomena that nature presents us on the atomic and sub-atomic level and that the "quantum weirdness" may be explainable and understandable after all.

A Promising Beginning?
Einstein’s Trojan Horse, John Bell, and Experimental Realization
The Devil Is in the Details
Developing a Space-Time–Dependent Model
First Publications
Teleportation and Quantum Computing
Space–Time, Elements of Reality and Probability Revisited
New Friends, New Inequalities
Bell’s Many Proofs
Last Work with Walter
Intermission
A New Beginning
The Inequality and Boole
Was He Right?

Karl Hess received a PhD in physics/mathematics from the University of Vienna in 1970. He has been a professor of both electrical engineering and physics at the University of Illinois at Urbana–Champaign since 1980 and has held the Swanlund Chair since 1996 (emeritus 2006). Hess has received a number of national and international awards.

"Professor Hess was the first (with Prof. Walter Philipp) who proposed to treat time as a kind of hidden variable and criticized the frequentist proofs of the Bell inequality. And this excellent book is about Hess’s position, about stormy debates in which he actively participated during the Växjö series of conferences on reconsideration of quantum foundations. This book is about intriguing and still unsolved problems in the foundations of quantum mechanics as well as about its great future, its future beyond the Copenhagenian prison."

"This book is indispensable to anyone who is interested in knowing how paradoxes in physics are created, cultivated, and resolved. It paves the way for the demystification of the alleged mysteries of quantum physics."

University of Groningen, the Netherlands

"This book describes in an empathic way the clash between two great minds in science. Did Bell definitely change the way we should look at nature, or was Einstein right after all? The author makes a convincing case."

University of Amsterdam, the Netherlands

"We often hear that experiments have revealed unmistakable violations of the Bell inequalities and, therefore, that nature allows instantaneous influence over long distances. In Einstein Was Right! Karl Hess convincingly shows that both claims are overstated. This happy blend of solid science, accessible prose, and personal recollections summarizes 15 years of research and debate with colleagues, collaborators, and opponents."

"Many books on this topic tend to either lose the reader in a mathematical maze or paint a picture with the broadest brushstrokes possible. Hess manages to strike an incredible balance, however. From the outset he candidly states to the reader that explaining such a complex subject is rather difficult without the use of some very basic mathematics. But he doesn’t fall into the trap of relying on maths wholeheartedly to express his views. He continuously engages the reader by tackling concepts many have seen popularised throughout pop culture such as teleportation and space-time."
—Matt Gunther, Chemistry World, February 2015 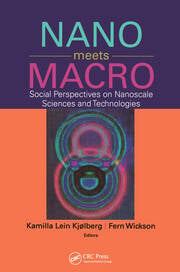 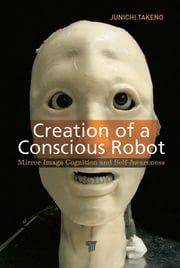 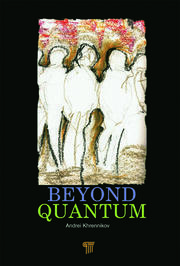