This volume is part of a continuing series that provides authoritative reviews on recent developments and applications of well-established techniques in the field of electroanalytical chemistry. Each volume provides the necessary background and starting point for graduate students undertaking related research projects and is of special interest to practicing analytical chemists concerned with electroanalytical techniques. Volume 27 continues this tradition with innovative contributions from internationally respected scientists who highlight new technologies and trends in Protein Biosensing, Bipolar Electrochemistry, and X-ray Absorption Spectroscopy in Electrochemistry.

Allen J. Bard was born in New York City on December 18, 1933 and grew up and attended public
schools there, including the Bronx High School of Science (1948-51). He attended The City College of the College of New York (CCNY)  (B.S., 1955) and Harvard University (M.A., 1956, PhD., 1958). He joined the faculty at The University of Texas at Austin (UT) in 1958, and has spent his whole career there. He has been the
Hackerman-Welch Regents Chair in Chemistry at UT since 1985. He spent a sabbatical in the CNRS lab
of Jean-Michel Savéant in Paris in 1973 and a semester in 1977 at the California Institute of
Technology, where he was  a Sherman Mills Fairchild Scholar.
He was also a Baker lecturer at Cornell University in the spring of 1987 and the Robert Burns
Woodward visiting professor at Harvard University in 1988. He has worked as mentor and collaborator
with 75 Ph.D students, 17 M.S. students, 150 postdoctoral associates, and numerous visiting
scientists. He has published over 900 peer-reviewed research papers and 75 book chapters and other
publications, and has received over 23 patents. He has authored three books, Chemical Equilibrium
(1966), Electrochemical Methods—Fundamentals and Applications (1980, 2nd Ed., 2001, with L. R.
Faulkner), and Integrated Chemical Systems: A Chemical Approach to Nanotechnology (1994). He served
as Editor-in-Chief of the Journal of the American Chemical Society 1982- 2001.
Cynthia G. Zoski is an Associate Professor in the Department of Chemistry and Biochemistry at New
Mexico State University.  Her research interests include electroanalytical chemistry,
ultramicroelectrodes, scanning electrochemical microscopy (SECM), electrocatalysis, and sensors
based on micro- and nanoelectrode arrays.  Dr. Zoski is the coauthor of  Electrochemical Methods:
Instructor’s Solution Manual (with Johna Leddy, Wiley, 2001) and Electrochemical Methods: Student’s
Solution Manual (with Johna Leddy, Wiley 2002), editor of the Handbook of Electrochemistry
(Elsevier, 2007), and author or co-author of over 60 papers and book chapters. Dr. Zoski received
the B.S. (1976) degree from Lehigh University, Pennsylvania, M.Sc. (1979) from Trent
University, Canada, and Ph.D. (1985) from Queen’s University, Canada.

"This is volume 27 of a series of advances, started 50 years ago, namely in February 1968. Continuing on the successful line of the previous volumes, the present book focuses on some of the most recent and challenging areas able to open new prospects for the electroanalytical chemistry of the third millennium. This will be an important reference book for all readers interested in understanding where the frontiers of research in this area are moving." 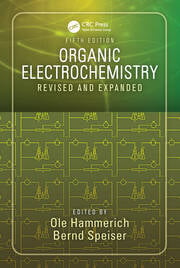 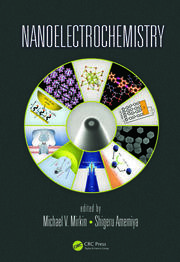 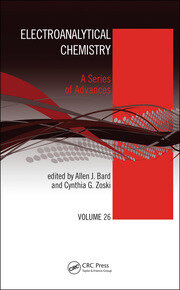