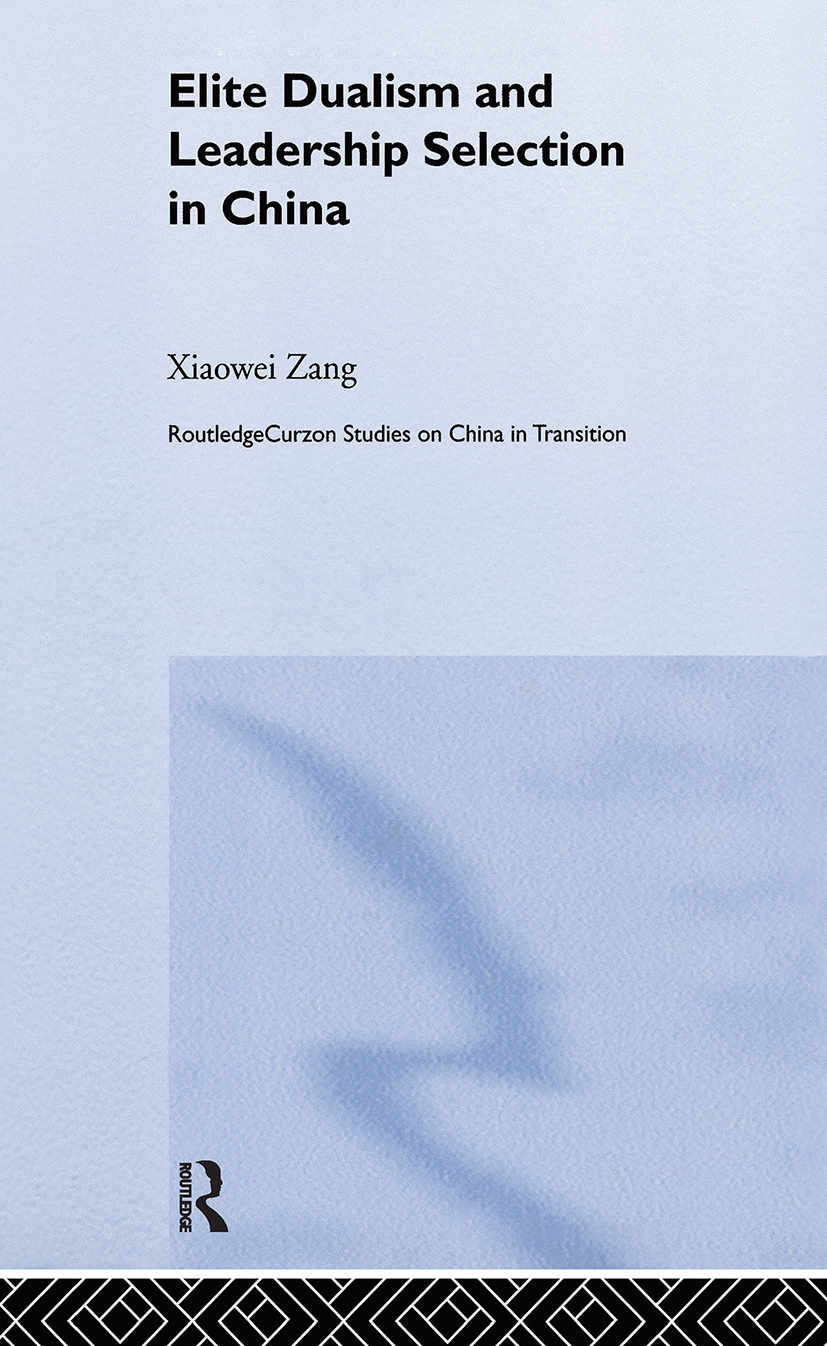 Who are the top political leaders in China? What are the major criteria in elite recruitment? How is job promotion in high politics determined? By studying over one and a half thousand top political Chinese leaders, this book seeks to answer these questions and, as a result, defines how Chinese leadership is stratified. Unlike existing research on Chinese leaders, Elite Dualism and Leadership Selection in China draws on extensive statistical information and data analysis. It evidences how political development in the reform era has led to the division of labour between the Chinese Communist Party (CCP) and the government in governance, leading to two distinctive career paths in the two political systems respectively. Key issues examined include:

* the different criteria the CCP and the government demand

* the requirements for promotion

* the effect of university education on the rate of mobility

* the different affiliations of the two groups

* the role of cooptation in leadership selection.

Many of the elites discussed are still leading figures in China, making this book the most up-to-date and extensive biographical data set in elite studies. This allows for a meaningful analysis of elite behaviour in China for the first time in Chinese Studies. This book will be useful to both students of Chinese studies and comparative politics and will also interest researchers, political commentators, statesmen and China-watchers.

'There is much to recommend this text. It is clearly written and combines a thoughtful use of statistical measures with methodological innovation.' - China Information