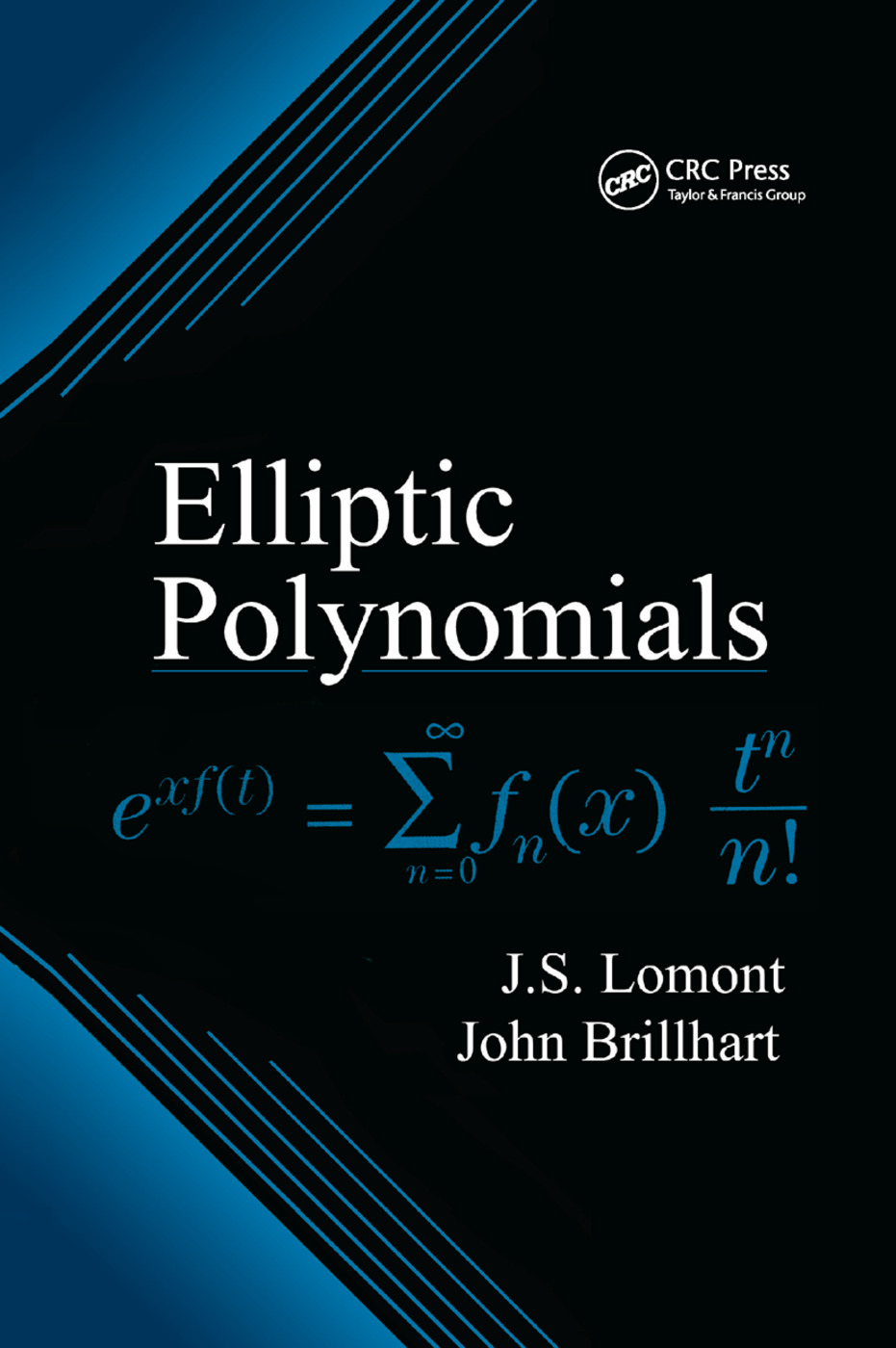 A remarkable interplay exists between the fields of elliptic functions and orthogonal polynomials. In the first monograph to explore their connections, Elliptic Polynomials combines these two areas of study, leading to an interesting development of some basic aspects of each. It presents new material about various classes of polynomials and about the odd Jacobi elliptic functions and their inverses.

The term elliptic polynomials refers to the polynomials generated by odd elliptic integrals and elliptic functions. In studying these, the authors consider such things as orthogonality and the construction of weight functions and measures, finding structure constants and interesting inequalities, and deriving useful formulas and evaluations.

Although some of the material may be familiar, it establishes a new mathematical field that intersects with classical subjects at many points. Its wealth of information on important properties of polynomials and clear, accessible presentation make Elliptic Polynomials valuable to those in real and complex analysis, number theory, and combinatorics, and will undoubtedly generate further research.