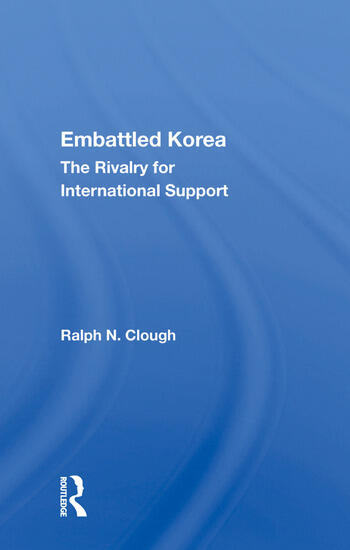 This comprehensive book examines the history of Korea's division and the political and economic development of both Koreas, their military confrontation, and their efforts at dialogue. It focuses on the international rivalry between both Koreas. .

1. Korea: Victim of the Cold War 2. Political Change and External Influence, 1953–1979 3. Interdependence Versus Autarky 4. Military Confrontation and Abortive Dialogue 5. Coping with Change in the 1980s: Domestic Trends 6. Coping with Change in the 1980s: Confrontation and Dialogue 7. South Korea, the United States, and Japan 8. North Korea, the Soviet Union, and China 9. Diplomatic Competition 10. Beyond Diplomacy 11. Toward Cross-recognition: The Soviet Union, China, and Japan 12. Toward Cross-recognition: U.S. Policy