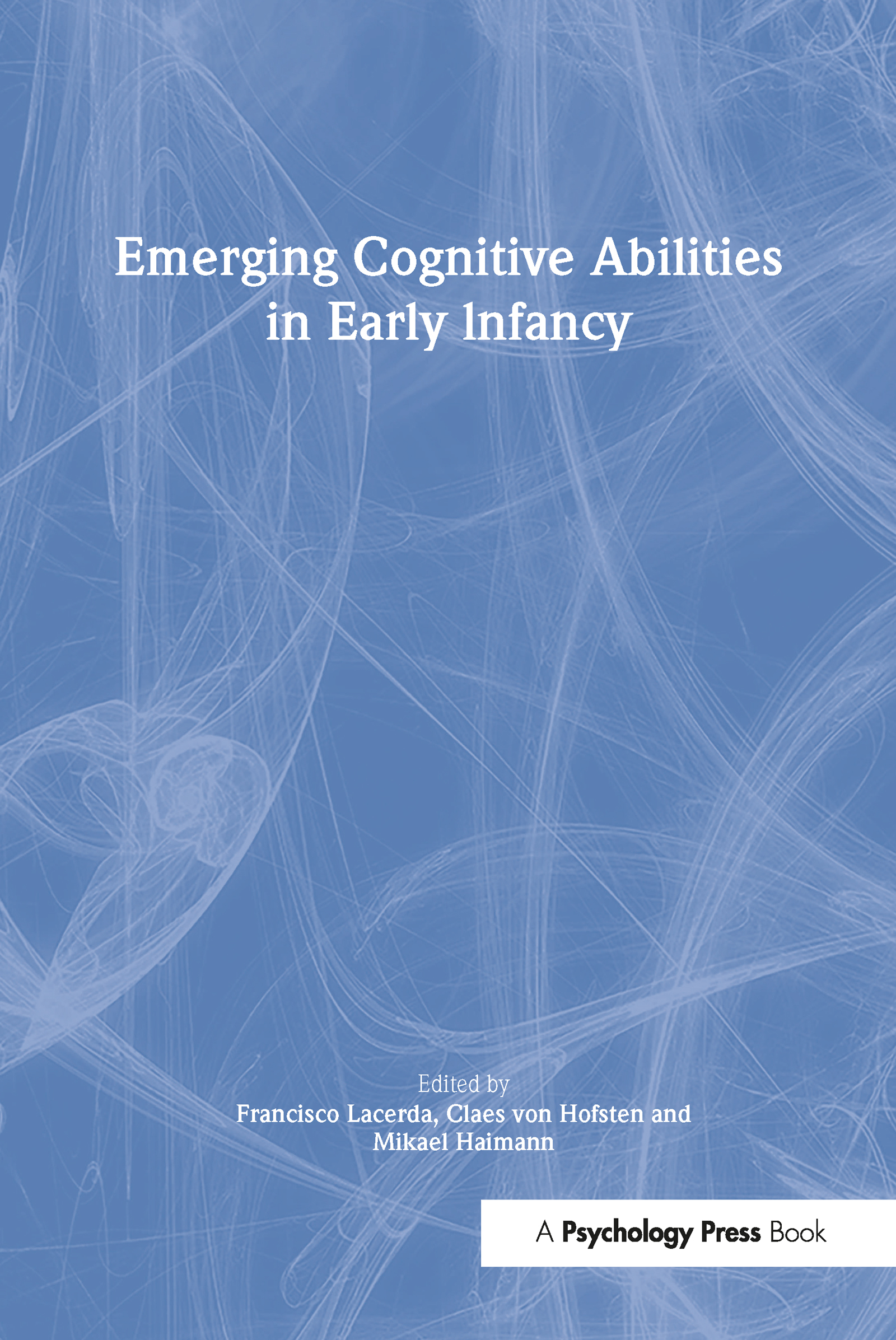 Written by a group of developmental scientists, this book debates cognitive achievements in early infancy from a multidisciplinary perspective. The editors combine knowledge from different areas of infant development research to present an integrated view of the cognitive abilities emerging in early infancy. The chapters are arranged in a sequence that best conveys to the reader the line of reasoning that emerged during the development of this book. The book opens with chapters dealing with fundamental and general aspects of cognitive development, sweeps through the specific theme of language acquisition, and closes by returning to general questions concerning different representation modalities.

"It [Emerging Cognitive Abilities in Early Infancy] takes a refreshing look at contemporary research on how cognitive life grows as the infant watches and listens….I find here more interesting ideas than are presented in other recent books on infant consciousness. I commend the scientific skill and philosophical breadth of the Swedish psychologists who conceived and hosted the debate."

—Journal of Child Psychology and Psychiatry

"The editors of Emerging Cognitive Abilities in Early Infancy have sought to consolidate contemporary findings from diverse areas of infant development research to provide a coherent picture of cognition during infancy and to inform scientists of the many advances and revisions to Piaget's work….The result is an 11-chapter volume concerned with fundamental and general aspects of infant cognitive development, with particular emphasis on language acquisition and different representation modalities….would make an excellent supplementary text for graduate courses in cognitive development, and certainly, every psychologist who labels themselves as developmental should be familiar with it."