Empire, Political Economy, and the Diffusion of Chocolate in the Atlantic World 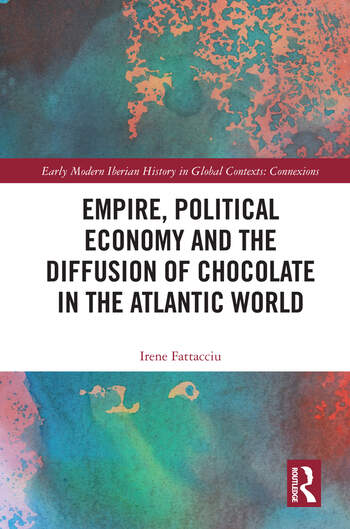 Empire, Political Economy, and the Diffusion of Chocolate in the Atlantic World

Chocolate is one of the most visible examples of how a deeply exotic consumer product penetrating our daily lives fascinated Europeans during the Early Modern period. Today, over fifty percent of the four million tons of cocoa produced globally come from Sub-Saharan Africa. Ecuadorian cocoa, on the other hand, is considered premium quality. Yet the fact that Ecuadorian cocoa is preferred by today's artisanal chocolate makers is one of history’s ironic turns. During the eighteenth century, production and exports of Ecuadorian cocoa dramatically expanded due to its fast growth rate, high yield and low price, though certainly not due to its qualities of taste. This book analyzes the transition of chocolate from an exotic curiosity to an Atlantic commodity. It shows how local, inter-regional, and Atlantic markets interacted with one another and with imperial political economies. It explains how these interactions, intertwined with the resilience of local artisanal production, promoted the partial democratization of chocolate consumption as well as economic growth.

Irene Fattacciu is a postdoctoral fellow at the University of La Tuscia, Italy.