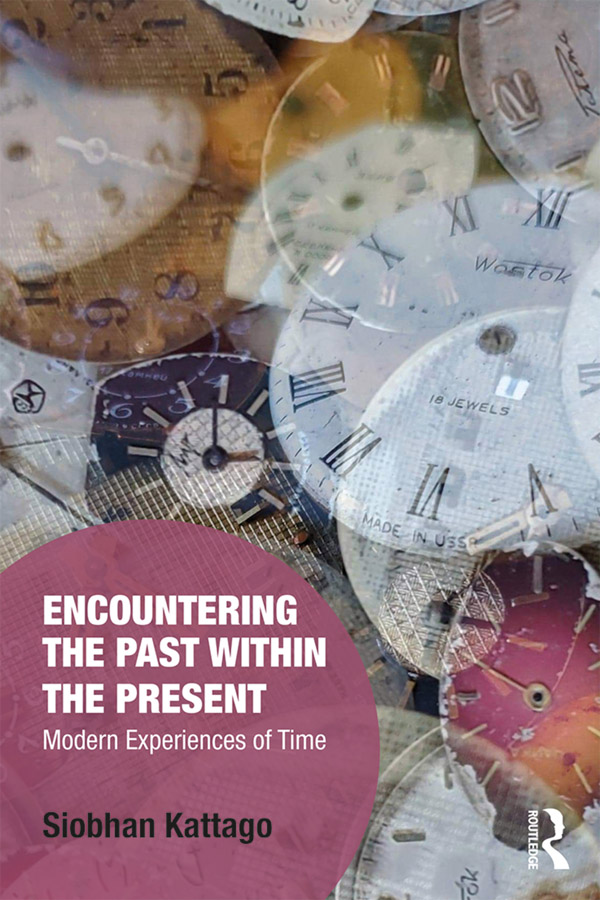 Encountering the Past within the Present

Encountering the Past within the Present: Modern Experiences of Time examines different encounters with the past from within the present – whether as commemoration, nostalgia, silence, ghostly haunting or combinations thereof. Taking its cue from Hannah Arendt’s definition of the present as a time span lying between past and future, the author reflects on the old philosophical question of how to live the good life – not only with others who are physically with us but also with those whose presence is ghostly and liminal. While tradition may no longer command the same authority as it did in antiquity or the middle ages, individuals are by no means severed from the past. Rather, nostalgic longing for bygone times and traumatic preoccupation with painful historical events demonstrate the vitality of the past within the present. Divided into three parts, chapters examine ways in which the legacies of World War II, the Holocaust and communism have been remembered after 1945 and 1989. Maintaining a sustained reflection on the nexus of memory, modernity and time in tandem with ancient questions of responsibility for one another and the world, the volume contributes to the growing field of memory studies from a philosophical perspective. As such, it will appeal to scholars of sociology, social theory and philosophy with interests in collective memory and heritage.

2. The Ghost of Patrocles: Humanity and Respect for the Dead

3. The Ghosts of Cain and Abel: Am I My Brother’s Keeper?

4. Walls and Windows of Silence

5. Why Silence Was Not Possible: Arendt on the Holocaust and Totalitarianism

6. The Lost and Haunted World of Austerlitz

7. Being and Not Being There: Holocaust Memorials, Selfies and Social Media

Siobhan Kattago is Senior Research Fellow in Practical Philosophy at the University of Tartu, Estonia. Her research interests include collective memory, political thought and the philosophy of history. She is the editor of The Ashgate Research Companion to Memory Studies and the author of Memory and Representation in Contemporary Europe as well as Ambiguous Memory: The Nazi Past and German National Identity.

Memory Studies as an academic field of cultural inquiry emerges at a time when global public debates, buttressed by the fragmentation of nation states and their traditional narratives, have greatly accelerated. Societies are today pregnant with newly unmediated memories, once sequestered in broad collective representations and their ideological stances. But, the ‘past in the present’ has returned with a vengeance in the early 21st Century, and with it an expansion of categories of cultural experience and meaning. This new series explores the social and cultural stakes around forgetting, useful forgetting and remembering, locally, regionally, nationally and globally. It welcomes studies of migrant memory from failed states; micro-histories battling against collective memories; the mnemonic past of emotions; the mnemonic spatiality of sites of memory; and the reconstructive ethics of memory in the face of galloping informationalization, as this renders the ‘mnemonic’ more and more public and publically accessible.