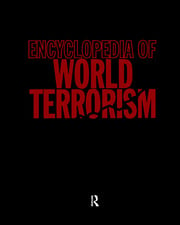 This three-volume reference on terrorism in the 20th century places this growing phenomenon in the context of modern history. It provides students with both detailed information and the historical perspective tie terrorism to the high school and college curriculum. "Volume 1" defines terrorism, explores the historical perspective from the dawn of Western Civilisation through World War II, and discusses specific activities of modern terrorist groups. "Volume 2" focuses on the developing world, with emphasis on the Middle East (including the 1996 peace process). "Volume 3" explores terrorism and responses to terrorism in the developed world. This volume covers the United States, Europe, Israel, Britain, Central and South America and concludes with a chronology of major terrorist events since 1945, an A-Z listing of terrorist groups and leaders, and a select bibliography.

The essays in this volume trace an intellectual odyssey, a search for a genuinely critical theory. The book begins with the question of why the Frankfurt School as well as other neo-Marxist and post-Marxist analysts, both in the West and in dissident circles in the East, failed to produce a critical theory of Soviet socialism or to establish a dynamic relationship with contemporary social movements. As the political struggle in Eastern Europe intensified, the author of this book disengaged from his own efforts to reconstruct a critical Marxism. Instead, he attempts a reconstruction of democratic theory based on civil society rather than class categories, and with a critical relevance not only to the transition from state socialism but more generally to the universal goal of emancipation.

Martha Crenshaw is a Senior Fellow at the Center for International Security and Cooperation (CISAC) and the Freeman Spogli Institute for International Studies, as well as professor of political science by courtesy, at Stanford University. She is also professor of government emerita at Wesleyan University and a lead investigator with the National Consortium for the Study of Terrorism and the Response to Terrorism (START) at the University of Maryland.